Long Beach, DUI While on Probation for Manslaughter, 90 Days

Our client was driving westbound on Broadway Avenue in Long Beach at about 11:00 p.m., when the Long Beach Police Department pulled her over.  The officer allegedly witnessed our client driving at a high rate of speed.  Her vehicle also had a broken front passenger head light.

After the officer stopped our client, he allegedly smelled a strong odor of an alcoholic beverage.  Our client also allegedly had watery, bloodshot eyes and her speech was slurred.

The officers asked her to step out of the vehicle and conducted four Field Sobriety Tests.  The first test was the Internal Clock test, which consists of the driver tilting one’s head back and closing one’s eyes, while estimating when 30 seconds passes.  Our client supposedly failed this test.

The second test was the Walk and Turn Test, which consists of walking one foot in front of the other nine (9) times, then turning around and repeating the maneuver.  Our client also supposedly failed this test.

The third test was the One Leg Stand, which consists of maintaining your balance while standing on one foot and trying to hold the other.  Our client supposedly could not complete this test.

The fourth test performed on our client was the Finger to Nose test, which consists of one using one’s index finger to touch the tip of your nose three times and then repeating the test using the other hand.  Our client also supposedly failed this test. 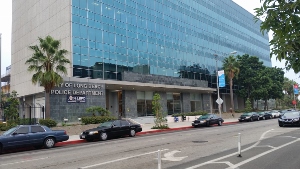 Long Beach Police Department
Based on the Field Sobriety Test “results,” officers determined that our client was unable to safely drive a vehicle.  She was then taken to the Long Beach Police Station for a blood alcohol test and booking.  Her car was also towed.  While at the station, the officer's performed a breathalyzer test.  Our client’s breath was determined to be at 0.19 blood alcohol concentration.

Making matters more complicated was the fact that at the time of her arrest, our client was on probation for violating Penal Code Section 192(b) (Involuntary Manslaughter). One of the terms of her probation was that she obey all laws.  She was therefore charged with a probation violation and had to undergo a probation violation hearing.

Greg Hill first negotiated a plea bargain in the DUI case, securing a deal wherein the District Attorney in Long Beach dismissed the 23152(b) charge and allowed our client to plead no contest to the 23152(a) charge.  The terms of the deal were that the client would pay the booking fee, be assessed a $390 fine, plus penalties and assessments, undergo the AB541 program (a three month First Time Offender Program for those with a BAC less than 0.15), attend the hospital and morgue program, attend one session of MADD (Mothers Against Drunk Driving) and be placed on three years of summary probation.

Greg Hill then tackled the probation violation, which he had brought to the downtown Los Angeles court’s attention earlier.  He presented the District Attorney with a “Good Guy” packet of letters and commendations concerning the client and argued vigorously that the DUI in Long Beach was an aberration in a young woman’s otherwise smooth road to becoming a better citizen.