Our client, age 32, was arguing with her boyfriend at their home in the Naples area of Long Beach.  Alcohol had been consumed by each prior to the argument, which became physical.
At some point, our client’s boyfriend had pinned down our client on the floor or on the couch with the client’s back to ground or the couch (she did not recall) and she reached out to grab his shirt, tearing it by the neckline.
This got the attention of the boyfriend and he backed away, but then grabbed his car keys to take a drive, perhaps to leave to his friend’s house to spend the night.  Our client knew that her boyfriend was quite drunk, so she tried to stop him from leaving to drive and, in the process, scratched him on his arm with her fingernails.
The commotion was loud enough to cause a neighbor to call 911 and report the situation.  The police quickly arrived and, seeing our client’s torn shirt and scratches, arrested our client.
Our confused client was then taken to the Long Beach Police Department.  Her boyfriend tried to explain to the police that the scratches to his arm were caused by our client attempting to stop him from driving while drunk and the torn shirt was caused in self-defense.  The police left the scene without even taking photographs of the boyfriend’s torn shirt or the scratched arm.
Our client then spent the night in the Long Beach Police Station and was released the following morning after posting a $50,000 bail bond with a promise to appear in only about three weeks at the Long Beach Superior Court.  Our client was quite embarrassed about being arrested for domestic violence because she was (ironically) studying to become a Licensed Marriage and Family Therapy (LMFT) counselor.  She had no prior criminal history.  She worked part time while going to school. 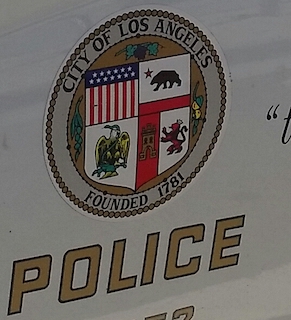