Our client, age 36 and with no prior criminal history, was cited by and arrested by the Long Beach Police Department for misdemeanor domestic violence to his wife.  There were two counts against him, a violation of Penal Code § 273.5 (a wobbler, meaning it can be charged as a felony or misdemeanor) and a violation of Penal Code § 243(e)(1) (battery upon a cohabitant, spouse or one with whom defendant has a dating relationship).

Bail was set at $50,000, which our client posted through a bail bond company, paying roughly eight percent of the total bail with a promise to appear in court about four weeks later.

Without All the Details, What Happened?:  Long Beach, wife claims our client hit her, dismissal of domestic violence charges.

The wife had called the Long Beach Police Department after the two had a very minor physical altercation, wherein she alleged he pushed her back against a wall.  The wife had no visible injuries.  Our client, in contrast, had a scratch across his face from his wife’s fingernail, which had caused him to bleed slightly at the time.

The Long Beach Police Department came to the home, spoke to the wife and then arrested our client.  While they were at the scene, the police attempted to persuade the wife to retract her report, as they could see the very minor nature of the dispute.  As they arrested our client, they apologized profusely, explaining that they really had no choice once a victim makes such a report.  Our client was cooperative and calm throughout. 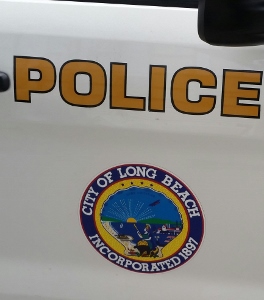 It merits mention that it is not improper or illegal for a prosecutor to file a complaint with charges that are more than what the police cite someone for or what the police write down as the basis for their arrest.  Our clients are often outraged when this happens and sometimes question us if this is legal (in contrast, when clients are charged with less than what police make the arrest for, this is not questioned), The prosecutor is free to add or drop charges from what the police recommend, as otherwise, the police and not the prosecutor would control how someone is charged and prosecuted.

Our office was retained within two days of the arrest and immediately contacted the investigating detective at the Long Beach Police Department, as well as the Long Beach City Prosecutor’s office.  We spoke with the head City Prosecutor, explaining at length the context of the minor fight, our client’s otherwise unblemished criminal history and, perhaps most importantly, the investigating officers’ reluctance to arrest our client.  The head City Prosecutor politely listened, but did not suggest or indicate any inclination of how the case would be handled or resolved.  Our office suggested that an office hearing would be the fitting way to handle this case, rather than a conviction that would scar our client for what was truly extremely minor conduct.  The conviction would be misinterpreted by any potential or actual employer viewing his record as more serious than it was.  The prosecutor would consequently be punishing our client for much more than what actually took place.

The handling Long Beach City Prosecutor in court regarded the case as extremely serious at first, lecturing us about how O.J. Simpson’s first domestic violence arrest was dismissed, only to be followed by the violent, bloody death of Nicole Brown Simpson. The prosecutor did not want to set herself up for another type of case by dismissing this case.  She seemed more comfortable convicting ten thousand innocent people just in case so she would not be personally accountable if any one were to commit domestic violence later.  Greg asked that the prosecutor call up the arresting officer to ask him what he thought of the case.

Slowly, after discussing the case facts a little more, the prosecutor began to back off her views that our client was potentially the next O.J.  Our office then continued the arraignment to a later date about three weeks later.

Our office then appeared at the continued arraignment and we were told the City Prosecutor’s Office had decided to dismiss the case.  It was an unusual ending to a case that should never have been filed.

For more information about what one can do if a case is dismissed, click on the following articles:
Watch our Video about Domestic Violence by clicking here.