Our client, age 54, was no stranger to the courts.  He has somehow become the subject of a certain woman’s focus and her romantic desire, although his back and knees had confined him to a wheelchair.
He told the woman multiple times over that he was not interested in her, as she herself was also no stranger to our criminal court system.  She was twenty years younger than him and had three convictions for domestic violence (Penal Code § 273.5 and 243(e)(1))), one involving our client, as well as a conviction for trespassing (Penal Code § 602) related to a prior relationship with another man, and two convictions for a criminal violation of a civil restraining order (Penal Code § 166(a)(4)).
When our client told the woman that he really thought she was just interested in him to get a portion of his government disability check, she told him “I am going to have you convicted again and this time, you will be in prison for a long, long time.”  She wrote this in a text to our client.  She also wrote, “with your history, no one will believe you.  You are going back to prison.”
Good to her word and using her knowledge of the court system, she first applied for and received a family law civil restraining order against our client for our client allegedly harassing her, stalking her and battering her.  The judge in Riverside County granted the restraining order. 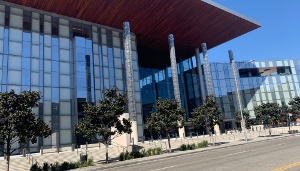 Two days later, before our client was even served with the civil restraining order, she went to the Long Beach Police Department and showed them the civil restraining order that she had from Riverside County.  She then told the Long Beach Police Department that our client had violated the order repeatedly, by calling her and texting her over twenty times the prior night.  She showed the officers her phone, which showed twenty calls from a number she claimed was our client.
She told the police that she was in fear for her safety because our client had a lengthy criminal history.  He did in fact have three prior convictions for DUI (Vehicle Code § 23152(b)), giving false information to a police officer (Penal Code § 31), possession of a controlled substance (Health & Safety Code § 11350(a)), assault with a deadly weapon as a felony (Penal Code § 245(a)(1)), for which he served two years in state prison, domestic violation (Penal Code § 273.5(a)), and lewd and lascivious acts with a minor under age 14 (Penal Code § 288(a)), for which he also served three years in state prison.
Police took the report and forwarded it to the Long Beach City Prosecutor’s office, who filed the case immediately.  Our client, who lived in Riverside County, was then never advised of the case against him and was never served with a notice to appear.  Police also never called him to interview him about the alleged conduct his ex claimed.
However, sixteen months after the case was filed, our client found out about it when he went to renew his driver’s license at the DMV.  He immediately called Greg Hill & spoke to Greg.  The client remarked that he knew exactly who had most likely reported this conduct and why.  Greg listened to the client describe is relationship with her and Greg remarked that his experience with her certainly fit the quote by William Congreve that “Hell hath no fury like that of a woman scorned.”
Greg was quick to spot the Serna issue (Serna v. Superior Court (1985) 40 Cal.3d 239, 707 P.2d 793, 219 Cal.Rptr. 420), which basically is that when a misdemeanor complaint is filed, the accused must be arraigned within one year or else there is presumed prejudice to defendant constituting a constitutional violation of the Sixth Amendment right to a speedy trial.  Moreover, as our client would later find out after Greg did appear in Long Beach Superior Court on the case and he was given the police report, the client did not even own the cell phone anymore that was associated with the phone number from which the calls or texts were allegedly sent.
In fact, our client never made such calls or sent such texts.  The ex-girlfriend later admitted of this to the Long Beach Police Department, explaining that she used an application available online to make her own phone number appear to be that of our client and she just simply called herself multiple times and texted herself multiple times.  However, it “worked” insofar as the Long Beach Police Department believed her and a case was filed against our client like she wanted.
Greg quickly filed a “Serna motion” for dismissal of the case, explaining that there was not only presumed prejudice, but actual prejudice due to the passage of time, as our client no longer had the cell phone at issue to refute the call history or text history.
The judge hearing the motion in Long Beach granted it, much to our client’s relief.
For more information about violation of a civil restraining order, please click on the following articles:
Contact us.