Our client was a marathon runner who had completed several such races over the last three years. She also had two glasses of wine one afternoon with clients and then got in her car to return from Newport Beach to her home in Torrance.

Summary:  Client has a 0.12% BAC, charged in Long Beach Superior Court, case plea bargained to a wet reckless based on client’s being a long distance runner with larger than normal lungs that overstated her BAC.

As is not uncommon in DUI cases, our client drove along without ever realizing her car gas tank was on empty. She then ran out of gas along the northbound 405 Freeway in north Long Beach. 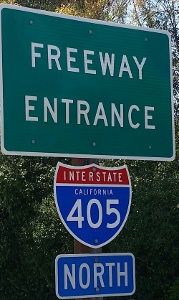 It was unclear exactly how long she waited on the side of the freeway before a CHP officer came upon her. When he did, she exited her car and submitted to a breath test, which measured her blood alcohol content at 0.12%. She was promptly arrested for DUI and taken to the Long Beach Police Department station.

She was devastated and confused. At age 47, she had never been arrested before.

Her husband picked her up at the station and she immediately called Greg Hill & Associates.

Greg met with her on a Sunday afternoon and listened to her describe the facts, as well as her aerobic activities. Greg, himself a runner, was curious to see if the CHP report would confirm his suspicions that People v. Terry Vangelder (2013) 164 Cal.Rptr.3d 522 might apply.

In Vangelder, a California Court of Appeal acknowledged that in highly conditioned endurance athletes, the lungs have adapted to the physical demands of endurance sports by developing a higher capacity to transport oxygen and to also expel waste products from the blood. Therefore, ethanol, a waste product, would be expelled at a higher rate and in far higher volume because of the increased alveolar structure (larger lungs) in an endurance athlete.

Theoretically, a machine might calculate a very high blood alcohol content for an athlete due to his or her high ethanol content in his breath. Such a calculation would be in error, however, because the real reason for the high ethanol content was the athlete’s large lungs and his or her well-trained waste removal system. Vangelder suggests that evidence about such individual characteristics is now admissible, but not to challenge the legislatively-set partition ration. Instead, such evidence is admitted to describe the quality of the air tested by the machine.

When Greg Hill reviewed the breath test results, he could see the high volume of air that our client expelled. It was about 1.5 times that of a normal person. Greg then pointed his out to the Long Beach City Prosecutor handling the case, arguing that such a large volume of error meant our client fit the profile of the endurance athlete described in Vangelder. Therefore, the 0.12% BAC measured for our client’s breath overstated her true BAC in her blood that went to her brain and might impair her driving in a safe manner.

Greg then sent Vangelder to the City Prosecutor, arguing to the skeptical City Prosecutor that our client’s BAC was actually quite a bit lower than 0.12% measured and therefore the prosecution should resolve this case for a wet reckless (Vehicle Code § 23103 pursuant to 23103.5). The City Prosecutor reluctantly agreed.

Post-script: As of January 1, 2019, California law was changed to allow one the opportunity to avoid the “hard suspension” imposed by the DMV upon suspension of one’s driver’s license after losing an admin per se hearing at the DMV or being convicted of DUI in court. Under Vehicle Code §§ 13353.6 or 13353.75, if one provides the DMV with a Verification of Installation of an Ignition Interlock Device in Form DL 920, provides proof of enrollment in an approved DUI program, provides proof of financial responsibility in an SR-22 form and pays a $125 license reissue fee, one may apply immediately for a restricted license upon notification of suspension, avoiding the “hard suspension” that could lead one to losing one’s job.

For more information about DUI breath tests and a wet reckless, click on the following articles: