Our client, age 41, and her husband were out drinking one evening in downtown Long Beach.  They had walked to a local restaurant from their home and lost their house keys to get into their home.  They were frustrated and blaming each other.
Out of frustration, our client’s husband threw our client’s I-phone to the ground, causing it to crack.  In response, our client gently pushed her husband’s face away, trying to de-escalate the situation.  She also called the police, as she was concerned her husband might continue the argument and wake up the neighbors.

The couple eventually were able to enter their home.  Police then arrived, but our client remained in her home and her husband spoke to police.  The officers then arrested her for misdemeanor domestic battery (Penal Code § 243(e)(1)) without asking her any questions regarding about what took place.  Our client did not physically hurt or injure her husband, but he told the police she had slapped him.

Our client spent the night in the Long Beach Police Station before being released the following morning and contacting Greg Hill & Associates.  Greg met with the couple at his office and listened to the facts of the case and told her what could be done.  Our client had no prior criminal history whatsoever.

Greg then wrote a letter to the Long Beach City Prosecutor’s office, suggesting that the case be referred to an office hearing in light of the minor nature of the incident, our client’s young age and her lack of any prior history.  The letter included a declaration from the client’s husband and the client’s resume.  The client also had enrolled in an approved batterer’s program, proof of which was included in the letter.

The case was not filed at first and after one year passed, it could not be filed.  So, Greg advised the client of this after the year passed. 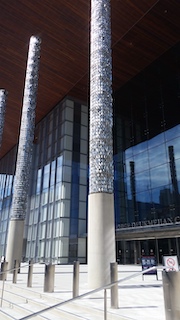 Long Beach Courthouse
The client, however, inquired about having the police report and any court file, if it existed, sealed and destroyed.  Greg explained that this was possible under Penal Code §§ 851.91 and 851.92.  Greg also explained how asking the judge to issue an order to seal and destroy the record would remove the record of the arrest from her DOJ criminal history report (and thus her Livescan background check report), but it would remain visible to law enforcement were she to apply for a job with law enforcement.

The client indicated she was interested in proceeding, so Greg then prepared this petition to seal and destroy, explaining to the judge how the arrest took place, a police report was generated, a criminal case was not filed, the statute of limitations had passed and the client had not engaged in a pattern of violent conduct that would otherwise disqualify her from relief.

The petition also explained and had a declaration from our client explaining how, due to her work as a marketing manager for a large corporation, she was subject to a routine background check, which would reveal her arrest and consequently, she may be terminated.

In addition, the arrest followed her, especially since she traveled internationally on a regular basis for work.  For example, she travelled to Barbados during the last year and was held in customs for a few hours due to this arrest for domestic violence.  She was humiliated and did not want to continue to be humiliated due to this arrest.

Greg then filed the petition, with the declaration from our client, and served it to the Long Beach City Prosecutor’s office.  The court then set a hearing date and assigned the petition to a specific judge on the second floor (where all the misdemeanor cases go for pre-trials in Long Beach after arraignment).

Greg then appeared for the hearing on the designated date in the Long Beach courthouse.  The judge granted the petition, which made our client extremely relieved and happy.
For more information about sealing and destroying a police report, as well as court records, please click on the following articles:
Contact us.
Serving Torrance, Long Beach, Compton, Airport Courthouses and Other Courthouses.