Our client and his girlfriend rented a home in north Long Beach.  They had two pit bulls.  The home had a large backyard that they converted into a boarding / kennel facility for pit bulls owned by other people who they knew from dog shows.  The couple never procured a business license.

The house was large enough that the couple then converted two rooms and an accompanying bathroom into a place to breed pit bulls and raise puppies.  It was heated and there was running water.  Before long, there were over 20 dogs at their home.

Neighbors of the couple eventually noticed the activity of folks coming and going to the home, as well as the noise of the puppies.  The couple generally kept the area very clean and quiet.  On one occasion, however, it became loud enough for neighbors to call police.

Two days later, Animal Case Services for the City of Long Beach arrived at the home with two vans each capable of holding sixteen dogs in individual cages.  Officers from the Long Beach Police Department also arrived with a search warrant and offered security as the personnel from Animal Care Services seized 21 dogs.

Our client was then arrested for alleged violations of Penal Code § 597.1, failure to provide care to an animal, also known as animal neglect.  Six of the animals were noted as being together in an outside pen playing.  For each of the dogs playing, our client was cited also for unsafe tethering even though the dogs were not leashed at all and the yard was fully enclosed.

The house was not perfectly clean, but it was not filthy as one could imagine with so many dogs.  As might be expected, with twenty-one dogs, there was indeed some feces from the dogs that had not been cleaned up, a water bowl was empty, one dog was sick (it turned out from eating a cleaning rag) and one dog had an open wound from fighting with another dog.  One female dog was also quite pregnant.

The dogs were all hauled away to another kennel.  The client had no records of the dogs' vaccinations, so the Animal Care Services Bureau of Long Beach administered multiple vaccinations to the 21 dogs.  These were expensive shots.  The bill on each animal quickly exceeded $300 and thereafter, the kennel for the City of Long Beach charged $19.95 per dog per day.

The client called Greg Hill & Associates the day after the dogs were seized.  Greg immediately drove to the Client’s house to inspect the conditions and take pictures.  The client explained to Greg what had happened and his concerns.  His biggest concerns were the pregnant dog and the mounting fees.

Greg immediately called the Animal Care Services Bureau to try to release all the dogs, but especially the pregnant dog.  The client had visited the dogs earlier in the day and he said the dogs looked like they were refusing to eat the food given to them at the kennel.  They were scared.

The “detective” at the Animal Care Services Bureau refused to release the dogs until a judge ordered this.  Because the client’s arraignment was not for 45 days, the cost would snowball to well over $10,000 by the time of the arraignment.  Moreover, the “detective” explained, the police report was incomplete.  Several of the animals were allegedly in seriously ill condition and being seen by a veterinarian.

Greg offered to have his client remanded and not post bail to expedite the arraignment, at which time he would enter a plea to cap the fees, but the Long Beach City Police refused to accept our client.  The Long Beach City Prosecutor’s office was also contacted, but they refused to cooperate until they reviewed the police report.  It was very frustrating for the client and Greg because the prosecution enjoyed enormous leverage by virtue of having coats increase each day on meritless charges, only to use this to extract a plea for financial purposes. 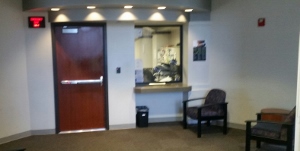 While an unusual step to take before the police report was even finished or the complaint prepared, Greg wrote a Defense Position Letter to the Long Beach City Prosecutor’s office to hopefully resolve the case at the arraignment to cap the fees the client would owe.

All counts were dismissed except one count of violating § 597.1 as a misdemeanor, to which the client plead “no contest.”  The client was then placed on five years of summary probation, ordered to perform 30 days of community service and attend sixteen sessions of an animal abuse prevention program.  He was also ordered to pay the vaccination fees and kennel costs for his dogs, which were negotiated down from over $30,000 to an even $20,000.  The client was able to continue working with no jail being ordered.