Our client, age 41, was arrested after his wife called the Lomita Sheriff's Department and alleged he had broken a glass coffee table on her head.   The couple had been arguing, indeed, but the coffee table was broken weeks earlier.  The truth of the matter was that the wife, while drunk after consuming two full bottles of wine, had tripped on her stairs and hit her forehead on the wall next to the stairs.

The wife, age 36, wanted nothing more than to see her husband humiliated by being arrested and carted away in a police car to jail.  She had been planning a divorce for years, she told police.

She really did not think too much about what this might mean beyond this or even how her claim of her husband lifting up a large coffee table was just ludicrous.

Indeed, the strength needed by her very thin husband to lift a heavy coffee table and use it to hit his wife was apparently not something the police considered.  The husband weighed about 135 pounds and was five feet, eight inches tall.  The coffee table weighed at least as much as he did.  The wife, moreover, has a bruise to the side of her head, which would have meant the husband would have had to swing the coffee table like a tennis racket to hit his wife.

Notwithstanding this, the police saw an injury and looked at the husband.  He was arrested and charged with one count of felony Penal Code section 273.5, Domestic Violence. 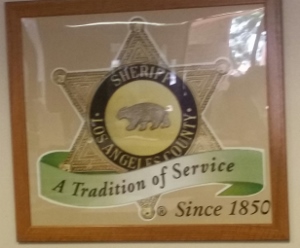 At the outset of the case, the client chose to represent himself.  He naively trusted the district attorney to discuss the case with him and come to a resolution that was fair and took all facts into consideration.

The public defender assigned to his case did not want to listen to him and the prosecutor would not speak to him except through the public defender.  The client felt alone and already condemned as guilty.

He therefore contacted a few private attorneys, speaking with each before agreeing to hire Greg Hill & Associates.

Greg Hill wrote several letters to the District Attorney’s office in Torrance about the case and its problems.  The coffee table was still at the house, so Greg sent the District Attorney several photographs of the coffee table to show its size.  Greg also explained how the client was not a weight lifter or an athlete, even in high school, so lifting such a heavy weight and then swinging it from side to side would have been impossible.

His efforts were successful, as the District Attorney, in conversations with Mr. Hill, agreed to dismiss the case against our client.  In explaining the decision, the prosecutor commented that it is very rare for such a dismissal, but in this case, the police report did not make sense. When the prosecutor talked to the victim about the events, the victim apparently stuck to her story, which made her credibility worthless.

Had our client fought his case at trial and been found guilty, he faced 4 years in prison.

For more information about domestic violence in general, dismissing a case if the victim will not testify and having one’s arrest record destroyed, click on the following articles:
Watch our Video about Domestic Violence by clicking here.