In the last ten years, social media has allowed people to express themselves in ways otherwise unavailable earlier.  In John G. Browning’s excellent article in The Jury Expert, “As Voir Dire Becomes Voir Google, Where Are the Ethical Lines Drawn,” Mr. Browning explains that as of May, 2013, there were over 1 billion users of Facebook worldwide, over 400 million tweets processed daily by Twitter and 72 hours of video uploaded to YouTube every minute.

The Gist of this Article: Voir dire, or the process of asking potential jurors questions to screen out those who may not be appropriate jurors, can certainly be more effective with the use of Google, but one must be discreet in how one uses it, as this article explains.

This is a treasure-trove of potentially helpful information for any trial lawyer selecting a jury and avoiding a “stealth juror” who hides his true opinions in voir dire in order to undermine a unanimous verdict or to otherwise disrupt jury deliberations.

Indeed, as of 2013, 65% of Americans maintained at least one social media account.  Such an account may reveal a pro-law enforcement attitude or hatred of illegal immigrants.  The juror may have postings in favor of more women’s rights, which might be significant if your client is accused of domestic violence against his wife.  Or in a civil case, a potential juror may have shared an article about reforming corporate taxes to make big corporations pay for more social programs.  This could be important in excusing a juror if your client is a civil defendant accused of violating the Clean Water Act. 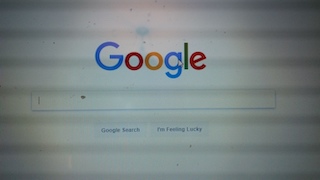 Google Sign-In Screen
However, must someone research potential jurors in a jury pool before the jury is empaneled?  Is there an affirmative duty to conduct online research during voir dire?  The Missouri Supreme Court, in 2010, held that, “[L]litigants should not be allowed to wait until a verdict has been rendered to perform a Case.net search . . . when in many instances, the search could have been done in the final stages of jury selection or after the jury was selected, but prior to the jury being empaneled.” Johnson v. McCullough (Mo. 2010) 306 S.W. 3d 551.

While this case is not law in California, it is helpful to understand that another court has addressed the issue and found such a duty exists.  Similarly, in Khoury v. ConAgra Foods, a personal injury / products liability case also in Missouri, plaintiff allegedly suffered from lung disease caused by vapors inhaled while preparing ConAgra microwave popcorn.  After the jury was empaneled, defense counsel discovered one juror had anti-corporation, pro-organic food postings and moved for mistrial and to strike a juror.  The judge hearing the motion denied it for mistrial, but removed the juror.  There was then a defense verdict in favor of ConAgra and defendant appealed.  The appellate court sustained the ruling and thus the defense verdict.

Such rulings suggest the duty of reasonable case requires such research, but in doing so, ethical issues arise if potential jurors are aware that attorneys on the case at issue are looking at their social media accounts and thus engaging in jury tampering.

There are three court opinions that have addressed the issue.  New York, in 2011, approved of passive monitoring of jurors, such a viewing a publicly available blog or Facebook page.  Also in 2011, New York, in a different case, addressed impermissible ex parte communication with a juror through online monitoring of a juror.  It said that communication should be understood in the broadest context.  An attorney’s friend request to a potential juror, for example, would be improper.  Lastly, Oregon, in 2013, said attorneys may always access publicly available social networking information about jurors.

Unanswered questions remain, however, in fulfilling such an obligation of due diligence.  Would it constitute jury tampering to monitor a potential juror’s Linked In or Twitter?

Furthermore, what if an attorney performing due diligence finds a potential juror has posted comments about the pending case?  If this were to happen, the attorney should bring the matter to the court’s attention immediately and request removal of the juror.
For more information about jury selection issues, please click on the following articles:
Contact us.
Serving Torrance, Long Beach, Compton, Airport Courthouses and Other Courthouses.