Home
Other Information
Criminal Defense Articles
Should I Waive a Jury Trial and Instead Have a Bench Trial?

Should I Waive a Jury Trial and Instead Have a Bench Trial?

In many cases, especially when the crime is publicly scorned (i.e. DUI, domestic violence, animal cruelty, sex offenses) yet a bona-fide defense exists, one should consider waiving a jury trial.  The case is then tried to only the judge.  This can make it easier to focus the case on evidence and argument that matters most toward a not guilty verdict, rather than spending a lot of time and effort persuading twelve jurors to put aside their biases.

In a Nutshell:  A trial with a jury is recommended in certain types of cases, but not in others.  When defendant wants to keep a jury away from rendering a ruling on the guilt or innocence of him (or her), a bench trial is the alternative.  To read what types of cases are best for a bench trial, read this article.

A bench trial may also be a prudent choice when a defendant’s appearance suggests membership in a gang, i.e. numerous tattoos, and gang activity is an issue.  Likewise, when the defendant looks like a heavy drug user and sales or possession is an issue, a bench trial may be better than a jury trial.  A judge may also be less emotionally swayed by certain evidence than would a jury.

A bench trial is also faster and the judge often returns a “finding” (the functional equivalent of a verdict) much quicker than in a jury trial.  A quicker trial also means the trial is less expensive for the defendant if he has private counsel. 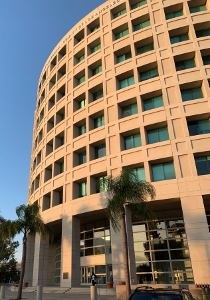 Generally speaking, a bench trial is advantageous really in only a small percentage of trials.  A jury trial is usually heavily favored by most defendants because it allows twelve persons, rather than one, to determine witness credibility and, in some cases, unreasonable conduct by police.  Some people consider a jury trial a right against government oppression. Defendants generally trust that a jury will acquit or render a not guilty verdict more often (than a judge).  The O.J. trial certainly validated this belief.

Both the defendant and the People have the right to a jury trial in misdemeanor and felony trials (California Constitution, Article I, § 16 and Penal Code § 699).  In a felony case, a jury consists of twelve persons.  However, in a misdemeanor case, the parties may agree to less than twelve jurors, but no fewer than six.  Normally, however, a misdemeanor jury will consist of twelve jurors.

A jury trial, however, is not available in all cases.  The general principle is that a jury trial is a right whenever incarceration is possible if the defendant is found guilty.  One exception to this is for misdemeanor possession of marijuana (Health and Safety Code § 11357(b)).  If one is charged with this, there is no possibility of incarceration (Tracy v. Municipal Court (1978) 22 Cal.3d 760, 150 Cal.Rtpr. 785), but defendant does have the right to a jury trial.

There is no right to a jury trial in a matter for civil contempt, infractions, and various sub-issues that are necessary for the prosecution.  These include whether the defendant has a prior conviction, whether the alleged prior offenses is “serious” or “violent,” competency trials under Penal Code § 1368, and the issue of venue for a criminal case.

In cases when the defendant has pled not guilty by reason of insanity (NGI), defendant may still be capable of waiving the right to jury trial.  There is no presumption against a knowing and intelligent waiver just because the defendant alleging NGI also seeks to waive a jury trial.