If you or a loved one is in prison or facing prison with a five-year sentence enhancement for each prior conviction for a serious felony under Penal Code § 667(a), you may have heard about Senate Bill (SB) 1393, authored by Senators Holly Mitchell (Los Angeles) and Ricardo Lara (Long Beach).  It goes into effect January 1, 2019.
This new law, signed by Governor Brown on October 1, 2018, gives a judge discretion to remove each five-year enhancement for a prior conviction for a serious felony “in the interest of justice” if the defendant is so charged with a serious felony and defendant has a prior serious felony under Penal Code §§ 667(a) and 1192.7(c).  The interest of justice most commonly is because the prior conviction is many, many years ago and defendant led a crime-free life up to the current, or most recent event.

In a Nutshell:  Senate Bill (SB) 1393, giving a judge discretion to strike the five-year sentence enhancement for a prior conviction for a serious felony when defendant is charged with a second or greater serious felony, is not retroactive to sentences with a final judgment (meaning the appeals process is finished or the time to appeal has expired).

Many inmates who were sentenced years ago to one or more five-year enhancements for prior serious felony convictions heard about this new law and called our office, or had their family members do so, excitedly asking how one could request a reduction of a sentence.  Such questions assume that the law is retroactive to anyone sentenced with a five-year enhancement for a prior serious felony.  Many of those calling believed that the five-year enhancement would simply be removed from the sentence automatically.
This assumption that the law is retroactive is not true.  The new law giving the sentencing judge discretion does not provide for resentencing of old sentences. 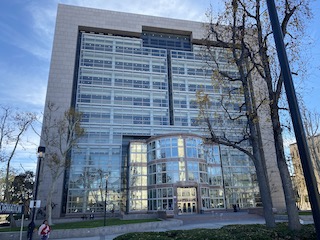 Van Nuys Courthouse
More precisely, the law does not apply if one was sentenced before January 1, 2019 on a serious felony and the five-year prior serious felony conviction enhancement was added to the sentence and defendant did not appeal the case on other grounds or the whole appeal process finished.  An appeal is not considered “finished” if:  1) it is still pending in the court of appeal; 2) a petition for review can still be filed or is pending at the California Supreme Court; or 3) the 90-day timeline for filing a writ of certiorari to the United States Supreme Court has not expired (the 90-day “clock” starts on the date one’s petition for review to the California Supreme Court is denied).
This news can be quite depressing or seem unfair to those who call our office.  This is because they may be generally, if not specifically, aware of the principal that a new law that decreases punishment applies to all cases that are not yet final.  Penal Code § 3; In re Estrada (1965) 63 Cal. 2d 740; People v. Brown (2012) 54 Cal.4th 314, 319.  Many people overlook or do not understand the “that are not yet final” limit.  A new criminal law decreasing punishment does not apply to a final case unless the statute specifically says it so applies, which the Legislature did not do in the case of SB 1393.
However, if one was sentenced to one or more five-year enhancements for prior serious felony convictions and less than 120 days (four months) has passed since one went into custody and one did not appeal, the sentencing judge has discretion to recall your sentence at any time under Penal Code § 1170(d)(1).  There is no form for requesting such a recall of a sentence.  However, we suggest one contact an experienced criminal defense attorney ASAP to contact the sentencing judge to recall the sentence if less than 120 days has passed.
In addition, even if the sentence is considered final, at any time during the sentence, the CDCR can make a recommendation to the sentencing judge to recall the sentence and sentence you to a lower term under Penal Code § 1170(d)(1).  The judge can then resentence “for any reason rationally related to lawful sentencing” (Dix v. Superior Court (1991)  53 Cal.3d 442, 456) at any time upon such a recommendation.  Such resentencing would be to correct sentencing errors and to consider facts not available at the time or original sentencing.
For more information about retroactive provisions and sentencing on a serious or violent felony, please click on the following articles:
Contact us.
Serving Torrance, Long Beach, Compton, Airport Courthouses and Other Courthouses.