Is SB 1187 Retroactive for Competency Commitments?

The ability of even the most educated and intelligent defendants to really understand the nature and consequences of the charges he or she faces is often unclear.  Our office has represented many well-educated folks, who – as counterintuitive as it may seem, do not understand the nature and consequence of the charges they face and cannot contribute to their defense, often as a result of substance or alcohol abuse or mental illness.  Likewise, sometimes the most intelligent defendants are mentally ill, have a history of substance abuse and render themselves incompetent.

In a Nutshell: Senate Bill (SB) 1187, to reduce the maximum term of a competency commitment from three years to two years, does not apply retroactively because, as the Fifth Appellate District pointed out in the case summarized below, it is not a statute affecting punishment.

In such situations, defense counsel will be careful before declaring a doubt under Penal Code § 1368, but sometimes it is inevitable.
Defendant then becomes vulnerable to a series of consequences that some may say are straight out of a George Orwell novel.  He or she will be examined by an appointed medical professional under California Rules of Court, Rule 4.130, to examine and assess the individual’s competency to stand trial.  Sometimes, that doctor will recommend that the defendant needs antipsychotic medication to be restored to mental competency.
Sometimes, the doctor will even opine that defendant was not competent to give informed consent to be treated with antipsychotic medication.  The doctor can recommend that a judge issue an order authorizing the administration of antipsychotic medication “with or without consent.”
This sequence of events played out in Fresno County Superior Court for Mr. Ronnie Early Howell after he was arrested in 2018 for felony DUI and felony hit and run.  It was also alleged that he had suffered numerous prior felony convictions and served prior prison terms.
Howell was, at the time of his arrest, already a defendant in another pending criminal matter wherein a doubt had been declared under Penal Code § 1368.  In his felony DUI case, the public defender also declared a doubt. 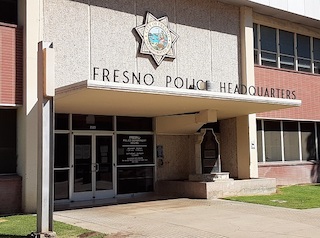 Fresno Police Department
The trial court judge appointed a medical doctor to evaluate Howell’s competency to stand trial.  The doctor recommended that the judge find Howell incompetent to stand trial.  The doctor described how Howell thought he was being charged with theft and how he told the doctor he was thirty years younger than he really was.  The doctor also reported that Howell “impressed as acutely psychotic” with symptoms of paranoia.
The doctor recommended that Howell could be restored to competency with antipsychotic medications, but that he was unable to give informed consent.
The judge agreed with the report and ordered Howell committed to the state hospital (most likely at Atascadero or Patton) until competency was restored with an order that antipsychotic medication be administered involuntarily if necessary.
The judge ordered the hospital for file a written report concerning the mental competency of Howell within 90 days and to file such reports every six months thereafter.  The order also stated the maximum term of commitment was not to exceed three years.
On September 30, 2018, then-Governor Jerry Brown approved Senate Bill 1187, which went into effect on January 1, 2019.  The bill amended Penal Code § 1370 to reduce the maximum term of commitment for competency restoration to two years instead of three.
Howell’s counsel then asked the trial court to amend the commitment order to two years.  The trial court judge did not act on the letter.
Howell then appealed the order to the Fifth Appellate District Court of Appeal in Fresno, which denied the request to shorten the commitment.
The appellate court explained that Penal Code provisions do not apply retroactively unless they specifically so state.  In the case of In re Estrada (1965) 63 Cal.2d 740, 747-748, the California Supreme Court held that, absent evidence to the contrary, the Legislature intended amendments to statutes that reduce the punishment for a particular crime to apply to all defendants whose judgements were not yet final on the operative date of the amendment.  People v. Superior Court (Lara) (2018) 4 Cal.5th 299, 306-308, People v. Brown (2012) 54 Cal.4th 314, 323.
However, the Fifth Appellate District Court pointed out, competency proceedings are civil (not criminal) in nature and collateral to the determination of defendant’s guilt and punishment.  Centero v. Superior Court (2004) 117 Cal.App.4th 30, 43.  Statutes concerning mental competency proceedings are considered curative and protective measures aimed at restoring competency, not punishment for commission of a crime. Id.
Consequently, the Fifth Appellate District Court denied Howell’s request that SB 1187 be applied retroactively.
The citation for the Fifth Appellate District Court ruling discussed above is In re Ronnie Earl Howell (5th App. Dist., 2019) Cal.App.5th.
For more information about competency issues, please click on the following articles:
Contact us.
Serving Torrance, Long Beach, Compton, Airport Courthouses and Other Courthouses.