Home
Other Information
Criminal Defense Articles
Not Guilty by Reason of Insanity? What Is Required?

Not Guilty by Reason of Insanity? What Is Required?

Will such grounds for an insanity defense suffice?  No.  To even allow a jury to consider such a defense, a defendant must present sufficient evidence for the jury to reasonably conclude that defendant was incapable of knowing the nature and quality of his acts or knowing right from wrong.

Brief Synopsis: To be found not guilty by reason of insanity, a jury must find by a preponderance of the evidence that at the time was committed, defendant was laboring under such a mental condition or state that he or she was incapable of knowing the nature and quality of his or her act and distinguishing right from wrong.

What types of facts might suffice for this?  In 2010, Samuel Lamar went into a Rialto supermarket.  Anthony John Blakely was in the checkout line behind Lamar and watched as Lamar paid for his groceries with a $100 bill.  Blakely stared at Lamar, but Lamar ignored Blakely, got his groceries and left the store.  Lamar bought about $30 worth of groceries, so Blakely watched Lamar receive $70 in change.

Without purchasing anything, Blakely left the store, too, and followed Lamar into the parking lot.  As Lamar was putting his groceries into his truck, Blakely hit Lamar in the face with a metal object and then pushed him into his truck.  Blakely told him, “You’re going to pay.”  Blakely then hit Lamar two more times, pulled him out of the truck and slammed his head into the ground.  Blakely then said to Lamar, “Give me your money.”  Blakely then took the money out of Lamar’s pocket and ran away. 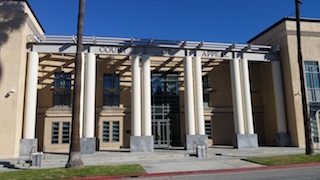 4th Appellate District Division 2 Riverside
Blakely was later arrested and charged with assault with a deadly weapon (Penal Code § 245(a)(1) and robbery (Penal Code § 211).  Blakely had two prior strikes convictions, so the case involving Lamar was a third strike.  The case went to trial and he was found guilty of both counts.  The judge sentenced Blakely to 35 years to life.
During trial, Blakely pled insanity.  He claimed that he was a paranoid schizophrenic and mentally retarded.  He further thought Lamar was a demon, so he decided to attack him.

After the sanity phase of the trial, the People asked for a directed verdict on the issue of sanity.  The judge granted this, meaning Blakely’s insanity defense was ruled inapplicable.  Blakely, in other words, was found sane.

Blakely appealed the trial court’s ruling on the directed verdict, claiming he presented sufficient evidence for the jury to reasonably conclude he was insane at the time of the crimes.  The appeal was to the Fourth Appellate District in People v Anthony John Blakely.

The Fourth Appellate District began its analysis was setting forth the M’Naughten test from 1843 in England, which was adopted by California voters in 1982 under Proposition 8.  Proposition 8 added Penal Code § 25(a), which stated that the defense of not guilty by reason of insanity is proper “only when the accused person proves by a preponderance of the evidence that he or she was incapable of knowing or understanding the nature and quality of his or her act and of distinguishing right from wrong at the time of commission of the offense.”  In other words, there are two distinct and independent bases on which not guilty by reason of insanity can be reached.

“The incapacity must be based on a mental disease or defect even though the requirement is not specifically mentioned in Penal Code § 25(b).”  People v. Severance (2006) 138 Cal.App.4th 305, 321-322.  The pleas of not guilty by reason of insanity “is a statutory defense that does not implicate guilt or innocence, but, instead, determines whether the accused shall be punished for the guilt which has already been established.”  People v. Hernandez (2000) 22 Cal.4th 512, 528.

In reviewing the trial court record, the appellate court noted that he psychiatrist who diagnosed Blakely as paranoid schizophrenic did so in 2012, two years after the attack. The psychiatrist was unable to testify if Blakely suffered from this in 2010.  Blakely was also on several medications during the doctor’s interview.

Blakely also took the stand to testify during the sanity phase of the trial.  He testified that he had smoked marijuana dipped in PCP and used methamphetamine almost every day for fifteen years prior to the attack on Lamar.  He testified that on the night of the attack, he heard voices and then said to himself, “There he is, right there,” referring to Lamar.  To Blakely, the voiced meant that Lamar was “the demon.”  To Blakely, Lamar looked like a demon because “he had a funny face and big body and his feet had some like hooves or something like that.”

The prosecution argued that Blakely exaggerated his symptoms and fabricated some of his symptoms to the doctor evaluating him, noting that his description of the incident was never consistent.  The prosecution also produced a jailhouse phone call from the night of the attack, wherein Blakely talked to his sister, using humor and showed no symptoms of a mental illness.

The appellate court agreed with the prosecution that Blakely did not produce sufficient evidence to satisfy the M’Naughten test, affirming the judgment.
The citation for the Fourth Appellate District Court ruling discussed above is People v Anthony John Blakely (4th App. Dist., 2014) 230 Cal.App.4th 771.
For more information about insanity, mental competency and capacity issues, click on the following articles:
Contact us.