Home
Other Information
Criminal Defense Articles
Is Relief Under SB1437 Automatic? Must One Ask for It?

Is Relief Under SB1437 Automatic? Must One Ask for It?

While the law on what constitutes felony murder has changed, its application to possibly resentence those with a prior for felony murder requires methodical analysis and careful consideration.  When lawmakers changed the law, allowing retroactive eligibility for resentencing, they recognized the tidal wave of convictions that would be potentially eligible.
Therefore, they created a procedure under Penal Code § 1170.95 for potentially eligible defendants to seek resentencing under the new definition.  Such a process would require evaluation of the jury’s findings and the jury instructions to clarify if the conviction was invalid under the new definition of felony murder.

Summary in 50 Words or Less: A petition for resentencing under SB 1437 must be presented in a separate petition, not as just one of several grounds for appeal, as the following case explains.

Indeed, Senate Bill 1437 modified California’s felony murder rule and the natural and probable consequences doctrine to ensure murder liability is not imposed on someone unless that person was the actual killer, acted with the intent to kill, or acted as a major participant in the underlying felony with reckless indifference to human life.
A person seeking resentencing must show that the jury found he or she was not the actual killer, did not act with the intent to kill, and did not act as a major participant in the underlying felony with reckless indifference to human life.
Most jury findings are not so clear, so there is a process by which defendant must first make a prima facie case for relief (Penal Code § 1170.95(c)), after which time, if shown, the judge will give the prosecution an opportunity to show why it should not vacate the murder conviction and resentence petitioner on any remaining counts (Penal Code § 1170.95(d)(1)).  The prosecution can then respond and if necessary, a factual finding hearing can occur.
It is not simple, so it cannot be determined by a cursory overview of the file, for example by a clerk like is possible in other contexts, i.e., Prop 64 or even Prop 47 eligibility in some regards.  It certainly cannot be done by an appellate court; it must be done by the superior court that tried the case at the lowest level, as resolution of eligibility can be a factual issue. 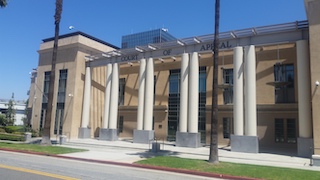 4th Appellate District Division 2 Riverside
The case of Omar Jesus Cervantes exemplified the need for such a process through a specified methodology and not as just one of many grounds for appeal presented to an appellate court.
Mr. Cervantes was seventeen years old and a member of the 420 Kings, a criminal street gang in Moreno Valley in Riverside County.  The 420 Kings were rivals of the Kush Blown Kings, another criminal street gang in the area.
Cervantes planned and directed the murder of Marquez, a member of the Kush Blown Kings.  Cervantes was driving his father’s car with another member of the 420 Kings when he saw Marquez walking down the street.  Cervantes then directed his fellow gang members to kill Marquez.  One of the fellow gang members had a gun, which Cervantes knew would be used.  He even drove the gang member to his house to get it for the murder.
Cervantes and his two fellow gang members then found Marquez walking down the street from a Circle K, carrying sodas and snacks.  Cervantes ordered one of his fellow gang members to rob and shoot Marquez, as they drove up alongside Marquez and stopped.
The two fellow gang members then got out of the car and approached Marquez.  One was holding a gun and another a small wooden bat.  They then chased Marquez, eventually catching him, beating him up and shooting him, killing him.
At trial, the prosecution argued that Cervantes was guilty of murder because he aided and abetted the shooting, or, at the least aided and abetted an assault of Marquez.  The prosecution then argued that Marquez’s death was a natural and probable consequence of the assault.
The jury convicted Cervantes of second-degree murder and assault with a deadly weapon, found both crimes were committed for the benefit of a gang, but did not find the gun enhancement for him true (he did not personally use the gun).  The trial court judge in Riverside sentenced Cervantes to state prison for fifteen years to life, plus a consecutive term of nine years for the assault.
Cervantes appealed the verdict and sentencing to the Fourth Appellate District Court of Appeal on many grounds.  While his appeal was still pending, SB 1437 was passed into law, largely abolishing the natural and probable consequences theory of felony murder liability.  Therefore, Cervantes amended his appeal to add a request that his conviction for second-degree murder be vacated.
The Fourth Appellate District refused to simply entertain the appeal on the SB 1437 arguments, directing Cervantes to file a separate petition to vacate a conviction and resentence under Penal Code § 1170.95, as it is the exclusive remedy available to defendants seeking application of the felony murder rule to vacate a conviction and seek resentencing on any remaining counts, if any.
The citation for the Fourth Appellate District Court ruling discussed above is People v. Omar Jesus Cervantes (4th App. Dist., 2019) 46 Cal. App. 5th 213, 259 Cal. Rtpr. 3d 585.
For more information about the new felony murder rule, please click on the following articles:
Contact us.
Serving Torrance, Long Beach, Compton, Airport Courthouses and Other Courthouses.