In a Nutshell:  According to the Fourth Appellate District Court of Appeal in the following case, the juvenile filing provisions of Proposition 57 are retroactive, so the 72 years to life sentence in the following case was subject to a transfer hearing.  If the juvenile court judge decided to keep the case in juvenile court, the sentence would be vacated; if the judge decided to transfer the case to adult court, the sentence would remain.

The Orange County District Attorney directly filed charges against Vela in “adult” criminal court.  The case went to trial and Vela was found guilty of murder, attempted murder and the jury found true the firearm and gang allegations.  He was then sentenced to 72 years to life.

Vela challenged the verdict on numerous grounds, however, this article will only discuss his argument that Proposition 57 applied retroactively to void the prosecutor’s direct filing of the matter in adult court, meaning the entire prosecution of him was improper and the verdict should be set aside.

This argument has been made in other appellate districts and rejected, but Vela’s argument on this issue to the Fourth Appellate District won. 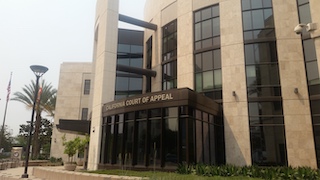 The appellate court explained that ordinarily, there is a presumption that new laws apply prospectively, rather than retroactively.  However, the legislature can enact laws that apply retroactively, either explicitly or by implication. Tapia v. Superior Court (1991) 53 Cal. 3d 282, 311 (dis. opp. of Mosk, J.).  In order to determine if a law is meant to apply retroactively, the role of a court is to determine the intent of the electorate.  People v. Conley (2016) 63 Cal. 4th 646, 659.

In this opinion, the Fourth Appellate District Court of Appeal differed from the opinions of other courts that have considered the same issue whether Prop 57 applied retroactively for juvenile filings that were directly filed in adult court.

The Fourth Appellate District explained that the express intent of Proposition 57 was to emphasize juvenile rehabilitation, reversing the direct filing provisions of Proposition 21, which allowed this in 1998 onward (until Prop 57).  The appellate court explained that since 1998, there has been a “sea change in penology regarding the relative culpability and rehabilitation possibilities for juvenile offenders.” See e.g. Graham v. Florida (2010) 560 U.S. 48, 67 [a juvenile cannot be sentenced to life without the possibility of parole (LWOP) for a non-homicide offense]; Miller v. Alabama to Miller v. Alabama (2012) 567 U.S. 460, 132 S. Ct. 2455, 183 L. Ed. 2d. 407 [no more mandatory LWOP sentence for juveniles even a homicide offense; there must be a consideration of youth-related factors in sentencing].

The appellate court also considered the ballot materials in support of the proposition’s passage.  One of the purposes of the proposition, the ballot provisions stated, was to “stop the revolving door of crime by emphasizing rehabilitation, especially for juveniles.”  The ballot also says that the provision should “require a judge, not a prosecutor, to decide whether juveniles should be tried in adult court.”

The legislative analysis supporting Prop 57 went so far as to state, “the only way a youth could be tried in adult court is if the juvenile court judge in the hearing (under Welfare and Institutions Code § 707(a)) decides to transfer the youth to adult court.” People v. Superior Court (Lara) (2017) 9 Cal. App. 5th 753, 776-777.

Proposition 57 also provided that “[t]his Act shall be liberally construed to effectuate its purposes.”

To then see if the statute should be applied retroactively, the court looked to In re Estrada (1965) 63 Cal. 2d 740.  In Estrada, the court said that the general rule of new statutes only applying prospectively and not retroactively is “not a straightjacket.”  It “should not be followed blindly in complete disregard of factors that may give a clue to the legislative intent.”

In determining the lawmaker’s intent, when the legislature amends a statute so as to lesser the punishment, it has obviously determined that its former penalty was too severe and that a lighter punishment is proper for punishment for the commission of the act.  “It is an inevitable inference that the legislature must have intended that the new statute imposing the new lighter penalty now deemed to be sufficient should apply to every case to which it constitutionally could apply including to acts before its passage.”  Estrada, pp. 744-745.

Consequently, the appellate court decided that Vela’s case was entitled to a transfer hearing, and if the hearing decided to transfer the case to adult court, then the judgment would be affirmed.  If the case is not found proper for transfer to adult court, the case will start from the beginning again in juvenile court.
The citation for the Fourth Appellate District Court ruling discussed above is People v. Adrian Vela (4th App. Dist., 2017) 11 Cal.App.5th 68, 218 Cal. Rptr. 3d 1.
For more information about juvenile cases, please click on the following articles:
Contact us.