Home
Other Information
Criminal Defense Articles
Is Carrying a Loaded Gun a Crime of Moral Turpitude?

Is Carrying a Loaded Gun a Crime of Moral Turpitude?

On October 31, 2014, Francisco Bedolla went to a home in Santa Clara and knocked on the front door.  Inside the house was A.D. (his initials are used here only because he was a juvenile), who had come from school a few minutes earlier and his eleven-year-old brother.

A.D., age 14, went down the stairs of the house and looked through the door’s peephole.  He saw a man, later identified as Bedolla.
A.D. did not know the man, so he did not open the door.  A.D. returned upstairs to the house and looked out the window at the man, who stood outside the house, looking at the house.  There was a second man standing outside the house, pacing back and forth between the sidewalk and the house.
The man downstairs, Bedolla, then started kicking at the front door, so A.D. called his father at work on his cell phone.  His father told him to call 911 and A.D. did so.
A City of San Jose police officer arrived at the house within 30 to 45 seconds of the call.  Bedolla and the other man ran away.  The officer intercepted them and detained them at gunpoint.  The officer then brought the men back to the house for an in-field identification and A.D. identified both as the two men.
The front door to A.D.’s house was visibly damaged.  There were shoe prints on the white door that matched the shoes of the two suspects.
Bedolla and the other man, Joseph Mariscal, were charged with attempted first -degree residential burglary with the special circumstance that the home was occupied by someone other than an accomplice. 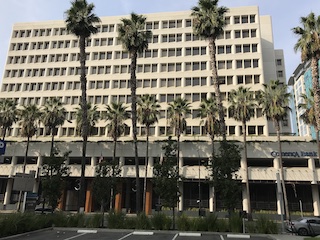 Sixth District Appellate Court San Jose
Two years earlier, Bedolla was convicted of misdemeanor lying to a police officer by giving the officer a false name for his own (Penal Code § 148.9(a)) and, while a juvenile a few more years earlier, suffered an adjudication for carrying a loaded firearm in a public place (Penal Code § 25850(a)).
Before trial, the prosecutor moved in limine to impeach Bedolla with the 148.9(a) and 25850(a) conviction.  The underlying authority for that “[p]ast criminal conduct involving moral turpitude has some logical bearing on the veracity of a witness in a criminal proceeding is admissible to impeach, subject to the court’s discretion under Evidence Code § 352.” People v. Harris (2005) 37 Cal.4th 310, 337.  This includes prior misconduct that was the subject of a juvenile adjudication. People v. Lee (1994) 28 Cal.App.4th 1724, 1740.
The trial court judge granted the motion as to the 148.9(a) crime, as it clearly was a crime of moral turpitude.
As to the juvenile adjudication, the judge hesitated in his ruling.  The prosecutor suggested that the judge permit the prosecution to refer to the juvenile adjudication as a crime of moral turpitude, as such conduct reflects “a readiness to do evil” (People v. Gabriel (2012) 206 Cal.App.4th 450, 456), but without reference to the weapon being a firearm because the judge was concerned that that it would cause undue prejudice.  The judge agreed, allowing the prosecutor to refer to Bedolla’s felony juvenile adjudication as a “nontheft-related crime of moral turpitude.”
The jury then found Bedolla guilty of the crime of attempted residential burglary with the special circumstance and the judge sentenced him to one year in county jail, with three years of formal probation thereafter.
Bedolla appealed the verdict to the Sixth Appellate District on many grounds, but this article will only cover his argument that carrying a loaded firearm in a public place is not a crime of moral turpitude.  Indeed, there is no case that states it is.
However, the Sixth Appellate District agreed that it was a crime of moral turpitude, citing to People v. Aguilar (2016) 245 Cal.App.4th 1010, wherein a prior felony for carrying a concealed firearm in a vehicle, in violation of Vehicle Code § 25400(a), was deemed a crime of moral turpitude.  The Sixth Appellate Court rejected Bedolla’s argument that, in Aguilar, the weapon was concealed made a significant difference, as Bedolla did not conceal his weapon.  The important thing, the appellate court held, was that Bedolla possessed a loaded weapon, which manifested a clear “readiness to do evil.”
Consequently, the Sixth Appellate District denied Bedolla’s appeal.  We appreciate this ruling, as we frequently do have clients with prior convictions for being in possession of a loaded firearm in a public place and concealed in an automobile.  It is not an uncommon conviction and thus, we present this article for readers who may encounter a similar situation in a later case like Bedolla.
The citation for the Sixth Appellate District Court ruling discussed above is People v. Francisco Bedolla (6th App. Dist., 2018) 28 Cal.App.5th 535.
For more information about crimes of moral turpitude (CIMT) and deportation, please click on the following articles:
Contact us.
Serving Torrance, Long Beach, Compton, Airport Courthouses and Other Courthouses.