Is Cultivating Marijuana a Crime of Moral Turpitude?

When most people think of crimes of moral turpitude, the first thing that comes to mind is a conviction for robbery or perhaps rape.

The Gist of This Article:  Cultivating marijuana (a violation of Health & Safety Code § 11358) is a crime of moral turpitude because it done for trafficking marijuana, also a crime, and consequently cultivation shows a “general readiness to do evil,” “bad character,” or “moral depravity.” People v. Castro (1985) 38 Cal. 3d 301, 306, 314.

Due to defendant’s prior convictions, the judge sentenced defendant to four years in prison, plus a two year enhancement under Penal Code § 12022.1 because defendant was free on bail from another case when he committed the subject offenses.

Defendant then appealed his conviction, arguing that the trial court judge erred in allowing the prosecution to impeach his credibility by admitting evidence of his prior convictions for possession of an unregistered assault weapon and cultivation of marijuana, saying neither conviction was for a crime of moral turpitude. 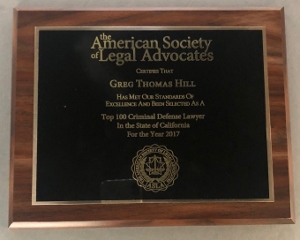 In People v. Solomon Abyabwi Gabriel (2012 DJDAR 6862), the Second Appellate District disagreed.  The Court noted from the outset that the California Constitution, Article I, Section 28 (f), allows the use of any felony conviction which necessarily involves moral turpitude,” even if the immoral trait is other than dishonesty.”

The appellate court further noted that crimes involving moral turpitude include not only those that reveal dishonesty, but also a “general readiness to do evil,” “bad character,” or “moral depravity.” People v. Castro (1985) 38 Cal. 3d 301, 306, 314.  Such crimes include an act of “baseness, vileness or depravity in the private and social duties which a person owes to others.”

The appellate court also found that the cultivation of marijuana was a crime of moral turpitude.  Gabriel noted that simple possession of heroin was not a crime of moral turpitude. Castro, supra, p.317.  However, the appellate court found that cultivation carries with it the potential for trafficking, which is a readiness to evil.  Thus, the trial court’s ruling of this conviction’s admissibility to impeach was also correct.
The permanent citation for the appellate court ruling at issue in this article is People v. Solomon Abyabwi Gabriel (2012) 206 Cal.App.4th 50, 141Cal.Rptr.3d 784.
For more information about immigration issues, click on the following articles:
Contact Greg Hill & Associates