As the reader of this summary may appreciate, a conviction under Vehicle Code § 2800.2 carries with it a mandatory minimum 180 days in county jail, as well as a maximum sentence of three years in state prison.

Therefore, when our client, age 19, was charged with a violation of Vehicle Code § 2800.2, one of our objectives in defending the client was to see if the prosecutor would agree to amend the complaint to add a charge of violating Section 2800.1, which is also evading arrest, but does not involve a mandatory minimum jail term.

Summary: Client tries to evade police following him in Inglewood.  He travels at over 90 miles per hour on city streets at 3:30 a.m., running ten red lights over four miles with a passenger in his car.  He finally runs into a parked car.  No jail, but 180 days were suspended.

In the present case, this was extremely tough to seek.  Our client was driving home from the gym at approximately 3:00 a.m. along northbound Western Boulevard, just north of Imperial Highway, when he ran into large gathering of people assembling for a street race.  There were over 300 cars parked along Western,with people out of their cars, keen to watch the spontaneous races.

Our client tried to get around the gathering by driving up the side of Western where the racers and the onlookers were not.  A CHP officer spotted our client going the wrong way on a city street.  Once the officer turned on his lights to try to stop our client, our client tried to outrun the officer.  He was traveling over 80 miles per hour with thoughts of what had happened to other African American youths like him in Ferguson, Missouri (Michael Brown) or New York City (Eric Garner) going through his mind.   Both of these beatings took place within the three weeks prior to what our client was now facing.

Our client sped along at over 90 miles per hour, running over ten red lights, over four miles.  When the client finally did pull over, he damaged a parked car.  The police MVARS (Mobile Video Audio Recording System) tape made any television police video look tame.  It was hard to imagine our client not killing anyone, including his passenger, in the car chase.

The CHP was well aware of the public scrutiny they were under due to the Ferguson, Missouri riots and therefore handled our client with extreme care and professionalism.  He was not roughed up as he feared. 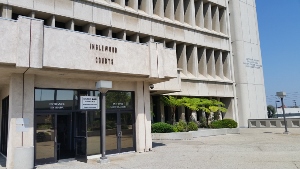 Greg then put together a Defense Position Letter, explaining the necessity and duress defenses as they applied to the case.  Greg explained that while neither applied cleanly, our client still faced a dilemma of the least dangerous alternative once the police were noticed behind him with sirens blaring and overhead lights flashing.

The letter was well-received by the handling district attorney’s supervisor, who agreed to a plea bargain wherein our client would plead to both an amended charge of misdemeanor evading arrest (Vehicle Code § 2800.1) and the felony charge, but have the 180 days of county jail suspended for a year.  If the client stayed out of trouble for a year and performed 45 days of Cal-Trans while enrolling in a legitimate community college (El Camino) and taking classes, the client would be allowed to withdraw his plea to the felony charge.  The client would then be on two more years of summary probation, but he would be eligible to have the conviction expunged at the end of three years.

It was a very good deal for the client, who wanted to go to community college anyways.  His parents, terrified at the idea of their 19 year old son being sentenced to 180 days in county jail, were extremely relieved as well.

For more information about the issues in this case, click on the following articles:
Watch our Video about expungement by clicking here.