Home
Other Information
Criminal Defense Articles
How Does One Properly Assert the Right to Remain Silent?

How Does One Properly Assert the Right to Remain Silent?

One may have heard that if police call you, visit your home or pull you over, the proper response is to assert the right to remain silent.

We agree that this is good advice, as we find that many of our clients are intimidated by someone in uniform, naively trust police or mistakenly believe that if they explain their conduct, although it may have been illegal, the police officer will so much appreciate their honesty in clarifying the events that he or she will say thank you and leave.

Some of our clients are also naturally salesmen and expect their likeable personality to cause the police officer to like them so much that they will leave without arresting them. 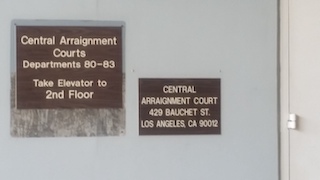 Bachet Street Central Arraignment Court
The law is that the suspect must “so unambiguously request counsel with sufficient clarity that a reasonable police officer under the circumstances would understand the statement to be a request for an attorney.”  Davis v. U.S. (1994) 512 U.S. 452, 454, 114 S.Ct. 2350.  It is an objective standard.  A police officer’s subjective view concerning whether the suspect waived his or her rights is irrelevant to the analysis.  People v. Roquemore (2005) 131 Cal.App.4th 11, 27.

What needs to be said?  What are some examples of things that worked and did not work?  For example, if one says, “maybe I should talk to a lawyer” after one already waiver the right to remain silent and start questioning, the “maybe I should talk to a lawyer” is not unambiguously clear so that a reasonable police officer would understand the comment to be a request to remain silent.  Davis, supra.

Likewise, “I think I would like to talk to a lawyer” was not unambiguous enough to properly assert the right to remain silent.  Clark v. Murphy (9th Cir. 2003) 331 F.3d 1062.  Also, a rhetorical question to police, “Should I have somebody here talking to me, is this the way it’s supposed to be done?” was ambiguous and not an assertion of the right to remain silent.” People v. Cunningham (2015) 61 Cal.4th 609, 645.  Similarly, “if I’m being charged with this I think I need a lawyer” was not sufficiently unambiguous to invoke the right to remain silent. People v. Suff (2014) 58 Cal.4th 1013, 1068.  The court reasoned in Suff that such a statement by the suspect was at best, ambiguous because reasonable police officers would not have known if a suspect would be charged, since the charging decision is not made by police.

For these reasons, we strongly suggest the client simply say, “Officer, I respect what you do for a living.  However, I’d like to follow the advice of my attorney and remain silent.  I want my attorney here before I answer any questions.  No disrespect intended.”