Home
Other Information
Criminal Defense Articles
How Does an SB 1437 Hearing Proceed? What Happens?

How Does an SB 1437 Hearing Proceed? What Happens?

You or a loved one may have been convicted of murder even though you or your loved one was not the actual killer.  The conviction may have been premised on an aider or abettor theory, or on a “natural and probable consequences” theory based on an act that was encouraged or helped.

Summary in 65 Words or Less: A resentencing hearing under Senate Bill 1437 is preceded by the judge, in chambers, deciding whether petitioner has made a prima facie case for relief and if this is found, then the court sets an order to show cause hearing regarding resentencing.  The prosecutor can then file an opposition to resentencing and petitioner can file a reply to the opposition.  There then is a hearing.

With then-Governor Jerry Brown’s signing of Senate Bill 1437 on September 30, 2018, significant changes were made to California’s felony murder theory that historically had extended liability to defendants who were not the actual killer, but who aided or abetted or encouraged and helped such that the “natural and probable consequences” of their conduct led to another person killing another, even if the defendant did not have the same intent as the actual killer.  Such intent could be transferred “in reverse” back to defendant, resulting in his or her liability for murder.  The is the essence of California’s old felony murder rule.
Senate Bill 1437 returned California law to the fundamental principal that a person should be punished only according to his or her own level of individual culpability.  Penal Code § 189, as amended by SB 1437, now states that a participant in a felony in which a death results is liable for murder only if he or she is the direct, actual killer, or with the intent to kill aided and abetted the actual killer in the killing, or was a major participant in the felony and acted with reckless indifference to human life.
Under Penal Code § 1170.95, a person convicted of murder under the pre-1437 theory of murder but who would not have been convicted of murder under the post-1437 standard for murder may seek resentencing to have the murder conviction vacated. 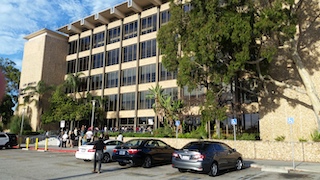