Our client, age 22, had just finished college and was working his first job as a software engineer in the San Fernando Valley.  He was proud to be employed and happy to be able to go to Hermosa Beach with friends to relax on a Friday night over a few beers at the American Junkie Bar.  He enjoyed the many big, flat-screen televisions and the loud atmosphere.  It seemed like a reward for his years of hard work.

Eventually, closing time came for the bar and our client, with his friends, spilled out.  As the cold air greeted our client and his friends, our client felt the urge to urinate.  He was heading toward his car parked in the large flat parking lot on ground level just south of American Junkie.

Unbeknownst to him, the City of Hermosa Beach had ten police officers assigned to “pee patrol” at that time of the year to write tickets to anyone urinating in public.  The time being after 2:00 a.m. was when such officers wrote tickets with a certain frenzy.  It was like “shooting fish in a barrel.”

Our client walked toward the ocean first, or to the west.  After passing a few bars to his left that were each closed, he ducked into a dark alley to urinate out of the glare of the street lights.  He found a large weed to pee into so that he would not make any noise.  Lurking in the shadows was a Hermosa Beach Police Officer who politely approached our client as he finished urinating. 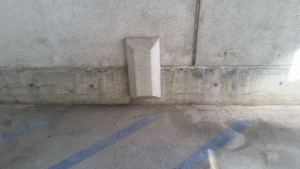 This particular alley is the location of many public urination tickets after midnight.  There is a similar alley on the other side of Pier Plaza that seems to also be a magnet for public urination.

Our client did not admit to urinating, but also did not deny doing so.  Instead, he began asking the officer how much the fine was and what he needed to do to “make the ticket go away,” which the police report described with a suggestion that our client was trying to bribe the officer to let him go.  The officer instead explained when our client needed to appear in court to answer for the ticket, which was for violating Penal Code § 372, “Public Nuisance,” a misdemeanor.

Our client called Greg Hill & Associates about eight hours later, on a Saturday morning.  He was nervous about being charged with a misdemeanor and concerned it would show up on a background check if he were convicted.  The client had no prior criminal history.

Greg answered the client’s questions and recommended that he attend 30 Alcoholic Anonymous (AA) meetings before the arraignment, which was about two months away.  Greg explained that if the client did this, it was probable that the Hermosa Beach City Prosecutor would amend the complaint to allege a violation of Penal Code § 374.3 as an infraction and then allow our client to plead no contest to the infraction.  At the same time, if the client attended 30 AA meetings, the prosecutor would dismiss the misdemeanor charge.

The client took Greg’s advice to heart and attended 30 AA meetings prior to the arraignment.  Greg then appeared in the Torrance Superior Court and showed the Hermosa Beach City Prosecutor the AA sign-in sheet.  The prosecutor then did amend the complaint to allege a violation of Penal Code § 374.3 as an infraction and dismissed the misdemeanor charge of violating § 372.

Greg then entered a no contest plea to the infraction for 374.3.  The court fine was $150, plus penalties and assessments, or a total of $515.  The client was thus eligible for expungement of the conviction in one year, provided he paid the $515 to the court, which he did within a week.

The client was happy with the outcome.
For more information about the issues in this public urination case summary, click on the following articles:
Contact us.