Our client was arrested in a Hermosa Beach bank parking lot after bank patrons called to report he and his wife were arguing in a loud manner.  Police arrived and asked our client if he was on probation, which he allegedly at first denied, but then admitted he was (for a possession of a controlled substance conviction two years earlier).

This case, however, took place before Prop 47 was passed into law in November of 2016.

In this case, police then searched the client’s rental car and located an unloaded automatic handgun under his driver’s seat.  They also found drug paraphernalia, which our client’s wife admitted to ownership of to the police.

Before advising him that they had found the weapon, they asked him there was a gun in the car.  Our client responded that he did not think there was one in the car, but if there was one, it would be in the backseat in a center console and it would be a revolver.  He stated this because he had loaned the rental car to his cousin the prior night and he knew his cousin often carried a revolver with him at all times. 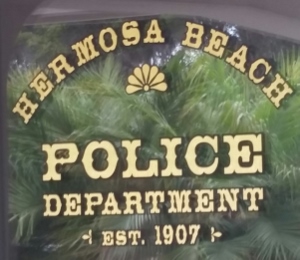 Police then showed him the weapon they found and asked him if he recognized it.  Our client said he did not and stated that it must have been left by his cousin’s friends.

Our client was instantly arrested for violation of Penal Code § 12021(a)(1), illegal possession of a firearm by a felon.

The judge indicated that he did not think two years was appropriate, so our office continued negotiating with the District Attorney.  While our client was awaiting resolution of his case, he was picked up by local police for an unrelated charge (driving on a suspended license), held without bail and Greg Hill prepared a bail reduction motion, which was granted with our client being released on his own recognizance without any need to post bail.  The two cases were then consolidated.

The handling judge then asked for a sentencing brief, which Greg Hill prepared, again arguing that the knowledge element required for possession of a handgun by a felon was lacking since our client never knew the weapon was in the rental car.

The client was then arrested a second time in Las Vegas and detained there for almost a month before being released.

At the sentencing in Torrance, the District Attorney read our brief and stipulated to a sentence of six months.  It was a victory of sorts from the initial three-year offer.  The judge sentenced our client to six months in county jail.