It is not uncommon for those in Hermosa Beach, Manhattan Beach, Redondo Beach and other popular night spots to find the urge to urinate while walking back to the car after the bar closes at 2:00 a.m.

Police seem to appreciate this phenomena, as our office sees a lot of cases involving urinating in public at 2:15 a.m. near the most heavily frequented night spots.

In Hermosa Beach, the most common locations for a ticket to be issued are in the ground-level parking lot to the south of the Pier Plaza area (especially in the north-east corner near the taxi stop and behind Robert's Liquor Store near American Junkie and Baja Sharkeez), in the alleys off Pier Plaza (especially near Hennessey’s and the Mermaid), in the new three story concrete parking structure to the north of Pier Plaza and in the north-south alley behind Zane’s and Rok Sushi. 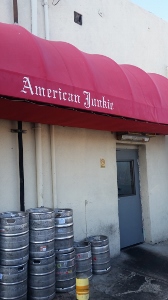 Our client, age 24 and a recent USC graduate, was ticketed for violating Penal Code § 372 (“Public Nuisance”), a misdemeanor, when Hermosa Beach police spotted him urinating between two parked cars in the ground-level parking lot to the south  of Pier Plaza.  Our client had a good job and no prior record.

He contacted our office, quite concerned that having a misdemeanor on his record would hurt his career and employment opportunities if he were to change jobs and undergo a background check as part of a pre-employment check.  We find this is a legitimate and valid concern, as most large companies perform background checks to verify that the job applicant is not a registered sex offender, a violent felon, a person with a history of convictions for crimes of dishonesty (especially theft from the employer) or has an arrest warrant outstanding for his or her capture.

Greg met with the client at our office and discussed the facts of the case.  As the matter was related to alcohol, he suggested that the client attend ten AA meetings prior to the arraignment and give proof of this to our office so we could present this to the Hermosa Beach City Prosecutor.

Greg also requested a copy of any police report, video, audio or photographs that the Hermosa Beach Police Department might have concerning the detention.  It turns out that there was no such records.

Greg then entered a plea to the infraction and the prosecutor dismissed the misdemeanor charge.  The client then had to pay a $100 fine, plus penalties and assessments, to the City of Hermosa Beach.  The total payment was $515.

The client was happy with the result, as he was not placed on summary, or informal, probation.