Our client, age 41 and with no prior DUI convictions, was heading out to do her laundry at a laundromat. She lived in Hermosa Beach. As she was driving past a bar she knew, she thought she recognized a friend of hers stepping out of the bar, so she turned to wave and say “hi.” As she turned her head toward the bar, she drove her car directly into the rear of Hermosa Beach Parking Enforcement vehicle, parked in lane two while issuing a ticket to another vehicle.

Brief Synopsis:  Our client crashed into a Hermosa Beach Parking Enforcement vehicle while on her way to do laundry. She had a 0.165% BAC. We resolved this DUI for reckless driving (Vehicle Code § 23103 pursuant to § 23103.5) and the DUI was dismissed.

Our client’s airbags inflated as she collided. Pedestrians nearby called 911 and the Hermosa Beach police arrived at the scene. Luckily, our client was not injured and the parking enforcement employee was standing on the side of the street, giving a ticket, when the crash happened. Our client had no passengers.

When asked at the scene if she had been drinking, our client told police that she had drank two glasses of wine before heading out to do her laundry. She submitted to a breathalyzer test at the road side and registered a 0.165% blood alcohol concentration (BAC). This was over double the legal limit. She was immediately arrested.

When the client contacted our office, she was very worried that being convicted of DUI would affect her real estate license and that the DMV would require her to install an ignition interlock device (IID) on her car for at least five months. These were valid concerns. She complained that it would be quite embarrassing for her in her real estate business when showing clients property and driving with them in her car. After all, to allow her car to start each time, she would have to blow into a small tube for the IID to allow the car key to turn on the ignition.

Greg Hill looked into the police report and noticed that it was very unlikely, in a car crash investigation, that the police officers paid attention only to our client upon arriving at the scene. Instead, it was common they were more interested in ensuring there was proper traffic control to prevent a further accident, in checking if there was gasoline leaking on the pavement and looking for witnesses. Greg Hill suspected therefore that the first breath test was given too soon, before the fifteen minute minimum observation period had passed. As it turned out, from reading the police report, this appeared to be true. 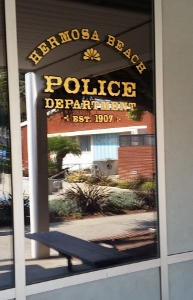 Greg Hill then argued that the field sobriety tests, each involving balance, were likely worthless because at the time of the tests, there were 27 knot gusts of wind according to the LAX weather history online. Moreover, our client had just been jarred forcefully in a car accident. Her balance was surely compromised.

Greg Hill also pointed out that the breath tests were immediately given at the station just five minutes after they arrived with our client, which was improper and in violation of Title 17 to the California Code, as well as the manufacturer guidelines for the breath test machine. This was clearly before fifteen minutes had passed to allow the officer to continuously observed our client before the test to ensure the subject does not vomit, burp or drink water or even spit, which would foul the mouth cavity and prevent an accurate test of the breath alcohol content. Indeed, the same officer that took the test was the one who drove our client to the station. Obviously, that officer could not drive a car while simultaneously observing our client continuously. If he had done so, he would have rear-ended another car just like our client did. 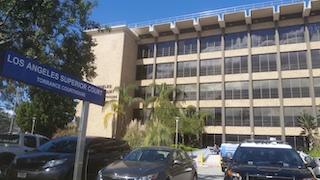 Torrance Courthouse
The Hermosa Beach City Prosecutor, after reading our client’s positions set out in a Defense Position Letter with a Mitigation Packet, offered to resolve the case with a plea by our client to a wet reckless (a plea to Vehicle Code § 23103), rather than a DUI. Our client agreed. She was quite happy, as the DMV will not require an ignition interlock device for a conviction of violating section 23103, but it will mandate this for a DUI. The wet reckless also was far less damaging to our client’s real estate license than a DUI.

For more information about DUI in general, click on the following articles: