Our client, age 51, was driving his Porsche home on Pacific Coast Highway after an afternoon get together with friends in Redondo Beach to watch the Super Bowl. He had drunk a few glasses of wine, but felt fine. As he drove north on PCH, a police officer pulled alongside him and allegedly saw our client driving without his seatbelt fastened.

The Hermosa Beach officer then pulled over our client and immediately began to berate our client for not wearing his seatbelt. Our client did not appreciate the yelling and asked the officer to lower his voice. 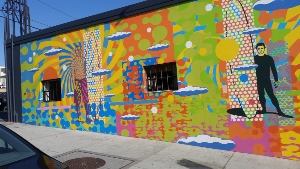 At this point, the officer decided to arrest our client for DUI, so he proceeded to badger our client about whether he had been drinking. Our client, without evading any of his questions, answered each truthfully, but the officer insisted our client was lying.

Our client then volunteered to undergo the field sobriety tests. The officer quickly accepted this invitation and, perhaps not surprisingly, wrote on his report that our client failed all the tests.

The officer then arrested our client and drove him to the Hermosa Beach Police Station. Once there, he immediately had our client provide a breath sample. This rush to provide a test meant the officer failed to comply with section 1219.3 of Title 17 of the California Code which obligates the officer administering the breath test to continuously observe the subject for fifteen minutes prior to the test, during which time the subject must not vomit, smoke, drink, burp or eat.

This requirement is meant to assure that the subject’s breath is free from any substance in the mouth that might interfere with the alcohol content of his or her breath. It is also a requirement set by the manufacturer of the breath test machine to ensure the breath alcohol measurement is an accurate proxy for the subject’s blood alcohol level, and thus the amount of alcohol that might reach a driver’s brain to impair his driving.

The officer obviously failed this requirement because while he was driving the client the two or three minutes to the Hermosa Beach police station from the arrest location, the officer was looking forward. He could not have continuously observed our client behind him. Indeed, throughout the arrest and the ride to the police station, our client was burping continuously, as he suffered from GERD (gastroesophageal reflux disease) , which caused him to continually discharge stomach gas out his mouth. Such gas combines with the ethanol discharged from his blood through the lungs to make the breath alcohol concentration (BAC) higher than the blood alcohol level, so the breath sample measurement is meaningless.

Our client then provided his breath sample, which read a BAC of 0.13%. Had he given his BAC at the scene, it is likely that , due to the passage of time, his BAC would have been higher, perhaps as high at 0.15%.

The client then spent the evening at the Hermosa Beach city jail, which was quite a shock to our 51-year old client because he had no prior criminal history. He was then released in the morning after signing a promise to appear in the Torrance Courthouse for his arraignment in about two months.

The client then retained Greg Hill & Associates and described to Greg what had happened to him. He had many questions about how a DUI was punished and Greg answered such questions.

Greg then appeared in the Torrance Courthouse on the client’s behalf (the client stayed at work). Greg discussed the case facts with the Redondo Beach City Prosecutor handling the cases for the City of Hermosa Beach. When advised of the officer’s improper procedures in eliciting a breath sample, the Redondo Beach City Prosecutor correctly responded that such problems do not make the results inadmissible. However, she acknowledged that the poor protocol did go toward the weight that a jury would be free to give – less we would argue – and that therefore this case could be resolved as a wet reckless.

Our client accepted the plea bargain offered, relieved that he had avoided a conviction for DUI. More importantly for him, by avoiding a DUI, he avoided the DMV’s requirement that he install an ignition interlock device on his car, which would have been a significant problem for him since he regularly drove in his car with clients.