Our client, age 54, had no prior criminal history.  She had a solid career, but something led to shoplift at Costco in Hawthorne.  In fact, she did it several times and was stopped several times, but police were never involved.

However, Costco finally had enough and when they caught her again, they contacted the Hawthorne Police Department.  This was especially embarrassing for our client, as she was with her teenage daughter, who observed her mom being taken first by loss prevention to a small office and then being taken away by the Hawthorne Police, only to be booked and released later.

Summary in 50 Words or Less:  Client, a 54-year-old loan consultant, stopped for shoplifting $69.87 in items at the Hawthorne Costco and admits to doing so in the past.  Case resolved at Inglewood courthouse for judicial diversion with a charge of trespassing, Penal Code § 602(m), not shoplifting, a crime of dishonesty.

Her arrest took place after loss prevention officers at Costco observed our client taking two bottles of Grand Marnier cognac and placing them in her purse, as well as some Asics workout shorts.  The value of the items taken was $69.87. 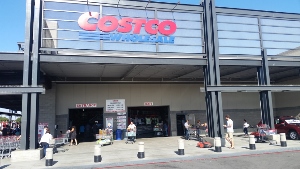 When confronted about taking items previously, our client admitted that she had taken items four or five times previously.  This was stated in the police report.

So when our client got home, she knew she might be facing significant punishment and a conviction for a crime of dishonesty.  She became anxious as to the consequences this might have for her job as a loan consultant.

She called Greg Hill & Associates and immediately spoke with Greg Hill, who listened to her describe what happened and how she was worried about losing her job.  Greg suggested that the client immediately take an online shoplifting prevention course, such as those offered by Tom Wilson Counseling, Logan Services or the National Association of Shoplifting Prevention.

Greg also described how judicial diversion might be available for her to “earn a dismissal,” but that it was up to the judge and the judge may decide against this upon learning that this was in fact not her first time shoplifting at Costco.  Greg then also described how the prosecutor may allow amendment of the complaint to allege trespassing (Penal Code § 602(m)) so that the client could avoid a conviction for a crime of dishonesty on her record.

The client immediately enrolled in and took the online shoplifting prevention course and forwarded Greg her certificate of completion the next day, which was very impressive.

Greg later appeared on the client’s behalf in the Inglewood courthouse and discussed the case with the Hawthorne City Attorney.  The prosecutor had not read the police report and did not know that it reported that Costco Hawthorne had actually stopped our client four or five times earlier, but without involving police.  The prosecutor was impressed with our client’s completion of the online shoplifting prevention course and recognized that our client, age 54, had no prior criminal history.

The judge then called the case and Greg asked the judge to impose judicial diversion.  The judge also did not read the police report, but Greg told her that the amount in controversy was $69.87, that our client was 54 years old with no prior history and that the client had completed an online shoplifting prevention course.

The judge was happy with our client completing the online course and so she imposed only two terms of judicial diversion for our client to earn a dismissal in one year: pay the $200 City of Hawthorne booking fee and stay away from the Hawthorne Costco for one year.

The client was very pleased with the results negotiated and how lucky she was.  She was happy that Greg had recommended her taking the online shoplifting prevention course and the halo effect it created, leading to amendment of the complaint to allege trespassing (and dismissal of the shoplifting charge) and the light terms of judicial diversion.