Our client, age 18 and just six months out of a juvenile detention facility (“camp”), was intent on avenging the beating of his friend by several people who he knew. Our client was also a member of a now-defunct gang.  Unbeknownst to him, the gang had split apart while he was in “camp” and was no longer operating or recognized by police as a active gang.

As he and a friend were driving down a Hawthorne alley looking for the folks who beat up his friend, he spotted one of the guys they were looking for.  Our client told the driver to stop the car.  Our client then grabbed a tire iron inside the car, got out of the car and approached the other teenager, asking, “where you from,” a typical gang challenge.

The other teenager did not say a thing, according to three witnesses who witnessed the attack.  Our client then clubbed the other teenager over his head, causing blood to spill from the victim’s head.  The victim raised his arms to block the blows and thereby also incurred some blows from the tire iron to his forearms and hands.  The victim tried to run away, but our client pursued him and continued to hit him.

The three witnesses watched the attack each said that as our client ended his attack, he yelled out the name of the now-defunct gang.  Our client then jumped back in the car and the car sped away. 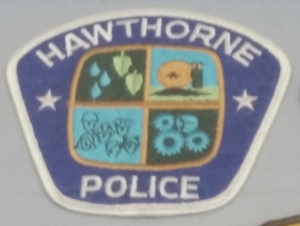 Twenty-two days later, the Hawthorne Police Department served a search warrant on our client’s home and arrested our client.  During the search incident the arrest, police seized our client’s cell phone, which showed dozens of photographs of our client throwing up his gang’s hand sign and tagging the gang’s initials on walls.  Other photographs showed our client drinking beer and smoking what appeared to be marijuana as an 18 year-old.

The prosecutor’s first offer was seventeen years, based on four years for the assault (high term because he had just been released from a juvenile facility), plus three years for the great bodily injury, plus ten more for the gang enhancement.

In the police report itself, our office read that the gang to which our client thought he was acting for really did not exist anymore.  Our client apparently did not know this, but this was lucky for him, although is intent was to help the gang’s reputation for being tough.  In further investigation, our office obtained the security videos from behind the businesses where the attack took place and viewed the videos.  The videos showed nothing, however, as the cameras were pointed in the wrong direction.

Our office then negotiated aggressively on behalf of our young client, pressing our case not only to the prosecutor, but to the prosecutor’s supervisor as well.  We submitted a Defense Position Letter with a Mitigation Packet, including our client’s “Good Guy” packet with over fifteen letters of support for our client, including photographs.  Slowly, the plea bargains got better and better, but we were fast approaching the preliminary hearing and the judge vowed to allow no more continuances.

Our concern with having to go forward with the preliminary hearing was that an attempted murder charge would be added to the charges after the three witnesses testified to what they observed.  However, we also believed that the ten-year gang enhancement would be dropped once the police testified that the gang to which our client professed his allegiance was not an active gang, as is required under Penal Code § 186.22(b)(1)(C).

Finally, at the last opportunity, the District Attorney sweetened the deal enough that our client accepted it: high term of four years, but no enhancements at all.

Our client was happy that he was able to resolve the case without the ten year gang enhancement or the three-year great bodily injury enhancements.