Hawthorne, Failure to State Time of Last Driving, Set Aside

Under California Vehicle Code § 23152(b), a person violates the law by driving with a blood alcohol content (BAC) of 0.08% or higher by weight.  When the blood alcohol content (BAC) is measured, that measurement is presumed for purposes of the law to be the same as when the person was driving just as long as the measurement is taken within three hours of when the suspect last drove.  This presumption is known as the 23152(b) presumption.

Main Point: CHP arrests our client after he falls asleep while driving on the I-105 Freeway, rear-ending a cab; CHP fails to state time of accident, making the blood alcohol content measurement legally irrelevant.

Usually, police watch the suspect driving and then ask the suspect to submit to a breath test at the scene, so the time when the suspect last drove is clear, it is written in the police report and the BAC is measured well within three hours.  The 23152(b) presumption is then not an issue.

In contrast, when police are called to an accident or they find a suspect stopped on the side of the road, they usually ask the suspect when they last drove or when did the accident occur.

In the case of our client, who fell asleep at the wheel and ran into the back of a cab on the 105 Freeway, police came to the scene and our client was standing next to his car.  Fortunately, no one was hurt in the collision.

Our client refused a breath test at the scene, as is within his rights under Vehicle Code § 23612(i).  He was then transported to the Hawthorne Police Station, where he gave a breath sample that measured 0.12% BAC.

Police did not attempt to administer any field sobriety tests (FST’s) of the client at the scene, which the police may have understood would have been vulnerable to criticism because the client was jarred by the collision, impairing his balance.

While this decision to bypass the FST’s was wise, officers also bypassed asking the client when the accident took place or when he left the bar before starting his drive.  Consequently, the BAC measurement was legally irrelevant.

When the client contacted Greg Hill & Associates, he thought he had no chance, but he knew hiring an attorney would at least give him peace of mind that an expert in DUI was looking at his case.

When Greg Hill received the police report, he noticed that the CHP officer never stated anywhere in the police report when the accident took place or even when the client left the bar to drive home.  The CHP officer was very thorough otherwise in reporting all other aspects of his investigation, but failed to note perhaps the most important detail. 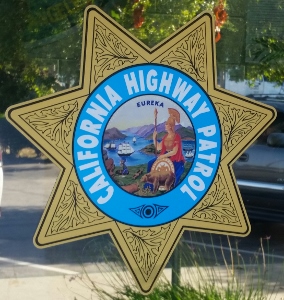 Greg Hill prepared a fourteen-page brief for the client’s DMV Hearing at the El Segundo DMV.  Greg included evidentiary objections that argued against the admission of any documents because they were legally irrelevant without information about when our client last drove.

In anticipating the DMV’s likely response, Greg reminded the DMV that reverse extrapolation (adding to the BAC based on alcohol being digested over time, i.e. making a 0.12% BAC into 0.14% BAC one hour earlier and 0.16% two hours earlier) to a time perhaps when the 911 call was made was fundamentally unreliable, at least according to Kurt M. Dubowski, the most well-known prosecution expert witness nationwide on drunk driving cases.

Moreover, reverse extrapolation has never been scientifically accepted as a trustworthy and reliable method in any state. Raul Mata v. State of Texas (1994, Fourth Court of Appeals) No. 133-00, footnote 79 (retrograde extrapolation should not be relied upon in a criminal case).

The DMV agreed and reinstated our client’s driving privileges, setting aside the stay on the suspension.

Our client was very happy, as his job involved a great deal of driving and he feared losing his job by not being able to drive if his license was suspended.

For more information about field sobriety tests, being asleep and DUI and DMV hearings in general, click on the following articles: