Gardena, Client Refuses to Submit to BAC Test, 75 in 25 Zone

Gardena Police stopped our client, age 29, at approximately at 2 a.m. as he allegedly was speeding at 75 miles per hour through residential streets in Gardena where the speed limits are just 25 miles per hour. He was coming home from a party and he was upset that his girlfriend and he had been in an argument. As police officers followed him with sirens blaring, he tossed boxes and other items out the window, allegedly in an attempt to resist arrest by the police officers following him. 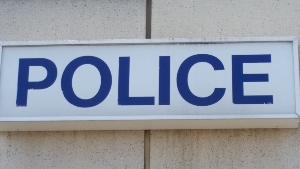 When arrested, our client refused to submit to the breathalyzer test, but admitted to the officer that he had four tequila shots about two hours earlier that night. We always advise clients that it is best to say almost nothing to police except that you respect them and would like to remain silent.

He was not charged with violating Vehicle Code section 23152(b) because police did not obtain a blood alcohol content and never performed a forced blood draw, as is now common. Our client also was not charged with a violation of Vehicle Code § 23582, driving more than 20 miles per hour above the speed limit while DUI. A violation of 23582 adds a mandatory minimum of sixty days in county jail to the sentence. Lastly, the client was not charged with resisting, obstructing or delaying arrest under Penal Code § 148(a)(1) for throwing items into the pathway of the police officers chasing after him.

The prosecutor considered the case one for special treatment because of the speeding in a residential area and the client’s having thrown items from his car at police while being pursued. We thought this was kind of a silly approach because children are not out playing on sidewalks or crossing streets at 2:00 a.m. They are sound asleep.

In a Nutshell:  Client arrested for speeding 75 m.p.h. in 25 m.p.h. zone and tossing boxes out the car to obstruct the police trying to stop him. Then client refuses to submit to a breath or blood test. Initial offer was 60 days in county jail; case resolved with no jail and refusal to submit allegation dismissed.

Her initial offer for this first-time DUI was that our client be placed on five years of informal, or summary, probation, serve 60 days in county jail, pay a fine of $1,000 plus penalties and assessment, pay the Gardena Police Department booking fee of $220 and attend a nine-month alcohol awareness program because the client refused to submit to a breath or blood test at the station.

She also demanded that our client, as a condition of his continued release on his own recognizance, attend two Alcoholics Anonymous (AA) meetings per week, which the judge agreed with and ordered our client to attend.

Greg Hill of Greg Hill & Associates negotiated a plea bargain for the client whereby the client agreed to plead no contest to a violation of Vehicle Code section 23152(a) charge, but on much better terms (lower fines, etc.) than the overly zealous plea bargain that the prosecutor first demanded.

The court then struck the refusal to submit charge and the speeding penalty enhancements. In addition, our client agreed to attend the three-month DUI program (also known as the AB541 program), pay $390 in court fines, plus penalties and assessments (that boosted the total owed to roughly $1,400 back in 2013) and the City of Gardena booking fee.

Our client was happy with this deal, as the District Attorney originally demanded that our client undergo the nine-month alcohol awareness program and pay up to $4,000 in fines due to his admission of having four tequila shots before driving, speeding and refusing to submit to a blood alcohol test.

For more information about refusing to submit to a DUI breath or blood test, as well as the punishment for first-time DUI, click on the following articles: