Our client, age 26, was a Navy veteran and a college student.  He went out with two of his friends from college in downtown Fullerton. 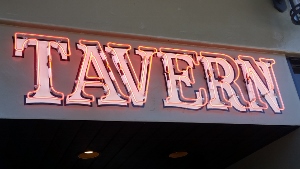 The three friends enjoyed an NFL game at one of the downtown Fullerton sports bars, as well as dinner together.  When the game finished, it was only about 11:00 p.m., but the three each had to work the following day, so they said their good-byes and left to find their respective cars.

In a Nutshell:  Client issued a ticket for public urination in downtown Fullerton; case dismissed in the Fullerton Superior Court upon the judge’s finding that the case had been resolved through a civil compromise.

Our client was making his way back to his car when he felt the need to urinate.  So, he looked around and spotted a group of bushes next to the parking lot that looked like a good place to stand behind and urinate.  He then went near the bushes and urinated.  He thought he was doing so in a way that no one would recognize what he was doing. 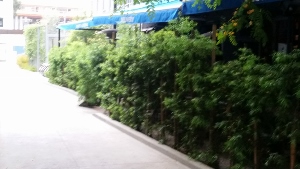 However, as he was proceeding to his car after urinating, a police officer approached him and handed him a ticket for violating Fullerton Municipal Code § 7.110.010(a), the ordinance prohibiting public urination.
Our client admitted to the offense and apologized profusely.  However, the police officer was determined to issue the ticket and had our client sign a promise to appear in the Fullerton Superior Court in about six weeks later.
Our client drove home in shock.  He realized the offense was a misdemeanor and feared that a conviction for a misdemeanor would erase any employment advantage he might enjoy from being a veteran with a college degree.  He berated himself for his carelessness and just laziness for not walking back into one of the many bars or restaurants and using their restroom instead.
Our client went online a few days later and found Greg Hill & Associates.  He called our office and spoke to Greg, who listened to the client describe what happened and then explained how the Fullerton Courthouse has handled such cases in the past.
Greg described how he had resolved most for either an infraction or even a dismissal if the client made a $300 donation to a City of Fullerton Victim Restitution Fund.  Greg explained that the facts of the case largely determined how the case was handled, but mentioned the Fullerton City Attorney was a Navy veteran himself.  Greg explained how he and the Fullerton City Attorney often chatted about their time in the service and that the prosecutor was patient and smart.
The client then retained Greg Hill & Associates and Greg appeared at the arraignment at the Fullerton Superior Court.  The client stayed in school that day.  Greg appeared on his behalf as was allowed under Penal Code § 977(a).
Greg discussed the case with the Fullerton City Attorney and proposed making a $300 contribution to the City of Fullerton Victim Restitution Fund in exchange for a stipulation from the Fullerton City Attorney that the case had been resolved for a civil compromise under Penal Code §§ 1378 and 1379, and thus, the prosecutor would request that the judge dismiss the case in the interest of justice (Penal Code § 1385).  Greg carefully did not mention that the client was a Navy veteran, although he certainly wanted to do everything he could to get the best resolution.  Luckily, the Fullerton City Prosecutor responded to Greg’s offer with an, “O.K., show me the receipt and I’ll dismiss the case.”
Greg then continued the arraignment for just about a week and advised the client of the good deal.
Greg then returned to court the following week and made the $300 “donation” from the Client trust account, as Greg wanted to help out the client financially.  Otherwise, such $300 would have been income for the firm.
The client was extremely happy with the dismissal and grateful that Greg Hill & Associates had made the “donation” for him from the legal fees he paid as the retainer.  He said he would recommend our firm to anyone who needed an attorney.

For more information about public urination and court proceedings in general, please click on the following articles:
Contact us.
Serving Torrance, Long Beach, Compton, Airport Courthouses and Other Courthouses.