California Penal Code § 529 makes it a crime to use a false identity to create or exploit a written instrument.  The statute’s intent is to make it illegal for one to create liability for an impersonated person for a financial or legal obligation.  The statute is a “wobbler,” meaning it can be prosecuted as either a felony or a misdemeanor.

The Gist of This Article: False impersonation under Penal Code § 529 is a two-part crime that is often charged with only the first part committed by defendant.  The following article summarizes such a case and should be understood by anyone charged with violation of § 529.

In March of 2010, Tulare County police officers conducted a traffic stop.  They recognized Jose Contreras Casarez in the back seat, as his picture and description was on a wanted-person flyer in the police station.  They specifically recognized his tattoos.  Mr. Casarez had a prior felony within the meaning of the Three Strikes law (Penal Code §§ 667, 1170), has served three prior prison terms and was ineligible for probation.

He did not fool the officers, who arrested him and charged him with a felony violation of section 529(2).  The District Attorney then filed the case and about two months later, he went to trial.  The jury convicted him and the judge sentenced him to five years in prison (two years doubled for the prior strike, plus one year for a prior prison term).  The two other prior prison term enhancements were dismissed in the interest of justice.

Casarez appealed his conviction on many grounds, the most important being that there was insufficient evidence to support his conviction because the prosecution did not show he committed an additional act beyond falsely identifying himself to the officer. 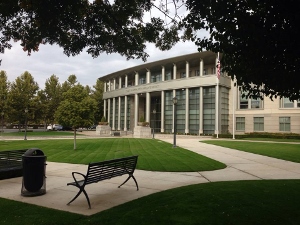 The Appellate Court began its analysis by emphasizing that Penal Code section 529 requires one to not only impersonate another person, but to commit an additional act.  The additional act compounds the deception or furthers it.  The statute specifies examples such as impersonating another and then acting as a surety for another, or publishing something in another’s name or “any other act” that may incur liability (i.e. by signing a contract, applying for a credit card) or prosecution for the person falsely impersonated.

The Court made a distinction in this regard, commenting that Casarez did not attempt to use the fraud for his personal profit (at the expense of his brother) and he was not incurring criminal liability for his brother, as Casarez was just sitting in the backseat of the car as a passenger.  For example, he was not signing a will for his brother or signing a quit claim deed to a home on his brother’s behalf.  The Court concluded that “defendant’s only additional act was the offering of his brother’s birth certificate to support his oral claim of false identity. . .  This act was no more than part of the act of providing the false information upon which the false identity was based.”

Accordingly, the Appellate Court reversed the conviction, which should have made Mr. Casarez quite relieved.
The permanent citation for the appellate court decision is People v. Jose Contreras Casarez (2012) 203 Cal.App.4th 1173.
For more information about fraud related cases, click on the following articles:
For case summaries of selected cases our firm has handled, click here.