Ecstasy Opinion by Appeals Court Sure to Cause Misery

On October 26, 2011, Division Four of the Second Appellate District issued a ruling in People vs. Davis (2011 DJDAR 15725) that seems sure to create only misery in a line of Ecstasy rulings.

The opinion held that MDMA (also known as Ecstasy) is a “controlled” substance because its chemical name contains the words methamphetamine and amphetamine (each statutorily recognized as controlled substances).  This seems to directly conflict with a 1991 case, People v. Silver, wherein the court found that based on expert testimony, MDMA is not molecularly similar to any controlled substance listed in Health and Safety code §§ 11378 or 11379.

The Davis ruling seemed to also conflict with a recent Second Appellate District ruling in People v. Richie Quang Le (2011 DJDAR 13312). In Le, the trial court reasoned that because the chemical name for MDMA, (Methylenedioymethamphetamine) suggests a methamphetamine or amphetamine compound, MDMA was illegal.  The appellate court in Le, however, reversed the trial court on August 29, 2011.  Part of its ruling cited to Silver, meaning Silver remains good law.  The formal cite to Le is People v. Richie Quang Le (2011) 198 Cal.App.4th 1031, 130 Cal.Rptr.3d 566 and the formal cite for Silver is People v. Silver (1991) 230 Cal.App.3d 389, 281 Cal.Rptr. 354.

Consequently, we believe the Davis ruling is vulnerable to attack and should be appealed to the California Supreme Court.

Davis was arrested at a New Year’s Eve at the Los Angeles Coliseum.  Undercover officer Rubalcava from the LAPD Gang Narcotics Division Buy Team bought two blue pills from Davis for $20.  Rubalcava then arrested Davis.  Davis was later charged with a violation of Health and Safety Code § 11378, possession for sale of a controlled substance, § 11379, sale of a controlled substance.

At trial, a criminalist from the LAPD crime lab testified that the two blue pills tested positive for MDMA.  The jury found him guilty.  The judge sentenced him to thirty-six months of formal probation with the condition that he serve 90 days in county jail.

Davis then appealed the conviction, noting that MDMA is not listed as a controlled substance under Health and Safety Code § 11377 or 11379, which refer to sections 11054 and 11055.

The appellate court, in response, noted that section 11055 (d)(1), says a controlled substance includes, “[a]mphetamines, its salts, optical isomers, and salts of its optical isomers.”  Section 11055 (d)(2) lists “methamphetamine, its salts, isomers and salts of its isomers.”  Finally, section 11055 more broadly identifies a controlled substance as “any material, compound, mixture or preparation” containing “any quantity of several substances having a stimulant effect on the central nervous system.”

The appellate court then concluded that MDMA was a controlled substance because it contained amphetamine and / or methamphetamine. 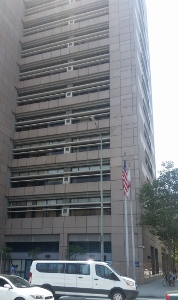 Second Appellate District Court in Los Angeles
The appellate court then even discussed Silver, agreeing that the Silver court’s decision was correct.  However, the Davis court pointed out that Silver was distinguishable from Davis because in Davis, the analysis is only whether to uphold the guilty verdict on appeal, which is a low standard.  “

Really?  We at Greg Hill & Associates respectfully disagree that such a shallow “common sense” analysis is appropriate, especially when the appellate court explicitly discussed Silver and even Le, which went deeper into the issue and decided MDMA is not at all similar to methamphetamine or amphetamine, despite what the chemical name of MDMA incorrectly suggests.
To read further treatment of the Davis case, affirming the trial court, it can be found at People v. Zachary Edward Davis (2011) 57 Cal.4th 353, 303 P.3d 1179, 159 Cal.Rptr.3d 405.
For more information about the legal treatment of ecstasy, click on the following articles:
For case summaries of selected drug offense cases our firm has handled, click here.