Our client was about two weeks into his senior year of high school at Redondo Union High School, where he was a varsity athlete and a proud member of a national team in his sport.  He worked part-time at a local restaurant and enjoyed a stable home life.
One weekend night, however, he was left at home alone while his mom was in Las Vegas with friends and his father was on a business trip in another town several hours away.  Our client began drinking Budweiser beer that was in the house.
At about 11:30 p.m., he got the keys to his parents’ 2014 Cadillac Escalade and decided to drive the car just about a mile to his girlfriend’s house.  As he was leaving his own house, he banged his head and the top of his scalp started to bleed.
From where our client lived in Redondo Beach, he drove up to Prospect Avenue and then turned left on it to head north into Hermosa Beach toward Manhattan Beach.  He made a quick right turn downhill onto a very narrow street, Van Horn Lane, and clipped two parked cars before running into a large bush.  As the street was packed with parked cars, he could not park anywhere, so he turned left onto Carlson Lane and stopped about 50 yards from where the collisions took place.
The noise of the collisions woke up neighbors, who looked outside to see damaged cars and a Cadillac Escalade driving away.  The police were called and arrived to find out client still sitting in the driver’s seat of his parents’ car. 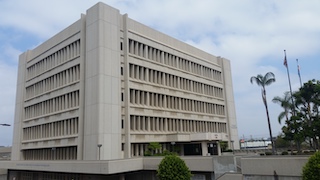 Inglewood Courthouse
Police immediately suspected DUI and asked our client if he had been drinking.  He replied that he had drank one Budweiser and had a sip of another one.  Police then asked him to submit to a breath alcohol test at the scene, through a Preliminary Alcohol Screening (PAS) device, and he agreed.  His blood alcohol content (BAC) by breath sample was measured at 0.19% and 0.20%, or roughly 2.5 times the legal limit.  He was then arrested and taken to the Redondo Beach Police Station, where his BAC was measured again about an hour later at 0.15% and 0.14%, a significant decrease (much more than would be expected), but still roughly triple the legal limit of 0.05% for someone under 21.
Our client’s grandmother, then age 64, was called to pick up our client from the police station and both of our client’s parents rushed back home.  Our client was assigned an arraignment date in the Inglewood Juvenile Court.
The client’s parents both called Greg Hill & Associates and discussed the case with Greg.  Greg listened to the facts and then eventually met with both parents and the client as well.
Greg explained the possible punishment our client faced and how our client could mitigate that punishment, the most severe part being the one-year driver’s license suspension.  Greg also recommended that the client start the AB 541 program with the option to continue taking classes to finish the six-month AB 762 program because of his high BAC. 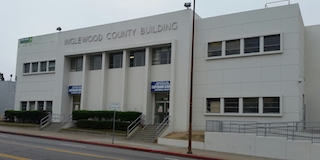 Inglewood Juvenile Court
Greg and the client, with the client’s parents, then appeared for the arraignment in the Inglewood Juvenile Court.  The initial plea bargain offered by the juvenile court district attorney assigned to the case involved our client attending a six-month DUI program and 200 hours of community service.
Over the next few months, Greg was able to reduce the terms of the offer to just a three-month DUI program, no community service, but with additional requirements that he write an essay on the reason why alcohol is illegal for those age 21 and under, especially focusing on the dangers of DUI.  Greg also suggested that the client write letters of apology to each car owner whose car our client damaged.
The client also had to attend the Mothers Against Drunk Driving (MADD) Victim Impact Panel (VIP) and the Hospital and Morgue (HAM) program.  He was otherwise placed on home on probation (HOP).
When the plea was finally entered, Greg prepared a request for finding of critical need, with an explanation from our client why he wanted the judge to find his ability to drive was a critical need so he could get a critical needs license.  The request included a declaration from the client with beautiful exhibits the client’s father helped generate that showed how far it was for our client to bike to and from El Camino College and his work, as well as documents showing how long it would take via public transportation (a bus) and how expensive it was via Uber and a taxi.
The client’s father really “went all out” on this and combined with Greg’s experience in requesting this, the effort was successful as the judge signed the finding of critical need so the client could get a critical needs restricted license.
The client was especially happy with this resolution, but truth be told, his father’s great help made a huge difference.
For more information about underage DUI and a critical needs license, please click on the following articles:
Contact us.
Serving Torrance, Long Beach, Compton, Airport Courthouses and Other Courthouses.