Home
Other Information
Criminal Defense Articles
What Punishment Do I Face for Underage DUI (Under Age 21)?

What Punishment Do I Face for Underage DUI (Under Age 21)?

If one is arrested for underage DUI, it can be not only very stressful for a parent of the suspect, but quite confusing.  Underage DUI is indeed legally complex and punishment can vary from a mere license suspension to time in county jail, even if no one is injured.

The Gist of this Article: Punishment for someone under 21 convicted of DUI includes a minimum driver’s license suspension for one year and thereafter depends upon which Vehicle Code section one pleads to, as the following article describes further.

For example, one may be aware that under Vehicle Code § 23140, it is illegal for some under the age of 21 to drive a motor vehicle if that person’s blood alcohol content (BAC) is 0.05% or higher.  Your son or daughter may have had a BAC of 0.02% and you are confused as to why the police would arrest your child.  Likewise, the police may release your son or daughter from custody with a notation that he or she violated Vehicle Code § 23152, which you understand involves a BAC of 0.08% or higher.  You may just rationalize your confusion by thinking the police are incompetent (and this indeed may be true).

However, the code sections described above that the police cited to when they released your son or daughter from custody each have application to an underage DUI.  Moreover, there are additional code sections and punishment that might apply. 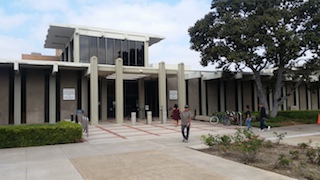 Westminster Court
The first and most common basis for arresting your son or daughter would be Vehicle Code § 23136, California’s “zero tolerance” statute.  It provides that the driver’s license of anyone under age 21 who has any detectable amount of alcohol in one’s system (defined as even a 0.01% BAC) will lose their driving privileges for one year.  This is entirely handled through the DMV, not a court.  There is no conviction for this.
The second most common ground for an underage DUI is simply a violation of Vehicle Code § 23152(a), the law against driving under the influence of alcohol.  This means that no BAC level need be alleged (as in § 23152(b) it is needed, specifically 0.08%).  The driving must show “substantial impairment,” which can mean “pronounced” weaving over a distance, sudden acceleration or slowing or speeding.  Speeding, it should be noted, is not a reliable indicator of impairment due to alcohol because speeding requires good reflexes and good judgment.

The penalties for a violation of § 23152(a) can include up to six months in county jail and up to five years of summary, or informal probation, as well as alcohol awareness classes, court fines and fees approaching $2,000, as well as other penalties such a DMV requirement that one install an ignition interlock device (IID).

The third common violation we see in underage DUI is Vehicle Code § 23140, which is defined as being under 21 and driving with a BAC of 0.05% or higher.  This is an infraction, not even a misdemeanor.  The minimum fine is $100, plus penalties and assessments (which bring the total to over $500), plus an alcohol awareness course of at least three months if the client is eighteen or older.

There is also a mandatory one year driver’s license suspension.

We also commonly see, particularly in underage DUI cases, that our clients often have an open container of alcohol in the car with them, which is a separate crime, a violation of Vehicle Code § 23224.  This is a misdemeanor.  The penalties are stiff – the car can be impounded for up to 30 days (and usually is for the full thirty days, which is expensive), a fine of up to $1,000 and loss of one’s driver’s license for one year.

While not part of any criminal fine or DMV sanction, convictions for these offenses carry massive collateral consequences in increased insurance rates, declined student loan applications and employment application rejections.  We therefore highly recommend hiring an experienced attorney to defend the young man or young woman.

For more information about DUI, click on the following articles:
Please watch video on DUI by clicking here.