Our client, age 31, had hired separate counsel who did a wonderful job in resolving a misdemeanor domestic violence case for judicial diversion (Penal Code §§ 1001.94 to 1001.98), which no longer is available.
The terms were that the client had to attend 26 approved batterers classes, perform 40 hours of community service, pay a court fee of $300, write a letter of apology to the victim, stay away from the victim and obey all laws.  The victim was the mother of his first child.  If the client could do all these things and stay out of trouble for a year, he would be allowed to withdraw his plea and have the case dismissed.

Our client completed all such tasks except he did not obey all laws.  He was arrested for allegedly hitting the mother of his second child and causing the mom to suffer a bloody nose and a bloody lip.  He also allegedly tried to choke her and photographs showed bruising around her neck area.  He was arrested again.
Once he posted $50,000 bail for felony domestic violence, he called Greg Hill & Associates and spoke to Greg.  The client was a former Marine sniper who served five months as a scout sniper in Fallujah in 2011, which he described to Greg.  He also explained that when he left the service, he was rated 40% disabled due to post-traumatic stress disorder (PTSD).  Greg reciprocated, describing his service in the Gulf War in 1991, flying 35 combat missions.  The client then described his current domestic violence case and how he faced revocation of judicial diversion in the first domestic violence case.
Greg then asked the client if military diversion under Penal Code § 1170.9 was ever discussed with the client, as it is more tailored for the veteran and often involves treatment at the local Veteran’s Administration.  The client answered that such an option was never discussed with his prior counsel.  Greg went on to explain that both domestic violence cases could be referred to military diversion with the agreement of the judge.
Greg suggested that instead of facing a hearing for revocation of judicial diversion, the client could ask to withdraw his plea to the first domestic violence charge on grounds that the first attorney never discussed diversion under 1170.9 and then ask the judge to refer the second case to military diversion under 1170.9.
Greg then made contact with the with the East Los Angeles VA and got a letter from a very cooperative employee there stating that the client would be eligible for batterers program classes and PTSD therapy if the judge would refer our client to the VA. 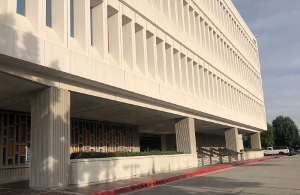 Downey Superior Courthouse
Greg then prepared and filed the Motion to Withdraw a Plea on behalf of the client.  The motion included not only the letter from the VA, but a declaration from prior counsel that he indeed never discussed military diversion with the client and in fact, was unaware that the client was a veteran.
Over the next eight months, the case dragged on with delays caused by the prosecution in providing the audio recording of the 911 call and the dispatch log, both related to the second domestic violence case.
Finally, after ten months of delays and monthly court appearances, the judge entertained the motion to withdraw, denying the motion.  The judge gave no reason, which was remarkable.
She then sentenced him to 90 days in county jail for violating the terms of judicial diversion.  Greg then negotiated resolution of the second domestic violence case for 90 days in county jail, to run concurrent with the first case’s jail term.
While the outcome was not successful, the client greatly appreciated Greg’s tireless advocacy and wrapping up the second matter with no additional punishment.
For more information about domestic violence, please click on the following articles:
Contact us.
Serving Torrance, Long Beach, Compton, Airport Courthouses and Other Courthouses.