Our client, age 33, was at a party with friends in Downey.  It was about 2:45 a.m. and everyone was heading home.  People were walking out to their cars, finally leaving for the night.
Our client was walking out to his car and realized he needed to urinate.  He did not want to go back into the house where the party was, as he felt he had stayed too long at the party as it was.  He decided to find a bush nearby and urinate there once it was “safe,” i.e. no one could see him.
When the other party-goers had driven off, our client decided to find a bush and relieve himself.  Just as he was finishing up, a Downey police officer pulled up to him in his squad car. 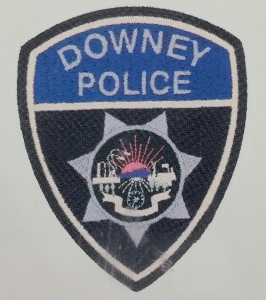 He asked our client if he had just urinated and our client admitted he had, adding “I really had to pee” (this was written in the police report).  Our client then explained to the officer how he had waited for everyone else to first leave, hoping to curry favor with the officer.
This attempt did not work, as the officer handed our client a citation for violating Downey Municipal Code § 4115, a misdemeanor.  Our client signed a promise to appear in the Downey Superior Court in about two months.
Our client was well-aware of how serious a misdemeanor was, so he called Greg Hill & Associates to ask what he could do to get the case dismissed or reduced to an infraction.  Our client had a good job and a little girl with his fiancé, so he could not afford to lose his job.  His employer would fire him if he was placed on any form of probation.
The client explained that he was worried the Downey District Attorney would “hammer him” because he had three prior convictions.  In 2004, when only 20, he was convicted of misdemeanor vandalism and was sentenced to 60 days of county jail.  He was then placed on three years of informal probation.  The next year, despite having his license suspended due to the vandalism, he was convicted of misdemeanor hit and run in the Inglewood Courthouse and sentenced to 210 days in county jail for both the probation violation and the hit and run.  Two years later, in 2007, he was again convicted of vandalism, this time in the Airport Courthouse, but his time as a felony and he was sentenced to sixteen months in state prison.
Greg explained that since his past convictions were more than ten years ago, the Downey City Attorney may not hold such a string of convictions against him.  Greg recommended that the client attend ten Alcoholics Anonymous (AA) meetings and give Greg the proof of attendance at these.  Greg explained his experiences handling such public urination tickets in Downey and how the Downey City Attorney seemed like a fair guy.
The client then attended the ten AA meetings and gave Greg the proof of this to take with him to the arraignment.
At the arraignment, Greg first read the police report and saw that the client indeed was charged with a misdemeanor violation of Downey Municipal Code § 4115.  Greg then approached the Downey City Attorney and briefly discuss the case facts, as well as the client’s attendance at 10 AA meetings.
The Downey City Attorney offered our client a reduction of the misdemeanor to an infraction and just a $50 fine (less than the normal $100 fine because our client attended ten AA meetings).  The total owed, with penalties and assessments was $325.
Greg accepted this deal offered, which was exactly what the client wanted because there is no probation with an infraction.  The client was very happy with this outcome, as he was able to keep his job and support his family.
For more information about public urination, please click on the following articles:
Contact us.
Serving Torrance, Long Beach, Compton, Airport Courthouses and Other Courthouses.