In 2018, the Legislature enacted Senate Bill 1437, which limited accomplice liability under the felony murder rule and the natural and probable consequences doctrine by amending Penal Code sections 188 and 189.
Senate Bill 1437 also added Penal Code § 1170.95 to create a provision by which persons previously convicted of felony murder or murder by the natural and probable consequences theory may petition the superior court to have their murder convictions vacated and be resentenced if they could not now be convicted of murder under the amended versions of Penal Code §§ 188 and 189.

Why This Article Matters: SB 1437’s retroactive effect does not violate Marsy’s Law (passed in 2008), which guaranteed victims a final conclusion of criminal cases.  The following summary of a recent appellate court decision explains why.

In 2007, a San Bernardino jury found Mario Marquez guilty of first-degree murder (Penal Code §§ 187(a), 189(a)), second-degree robbery (Penal Code §§ 211, 212.5(c)), carjacking (Penal Code § 215(a)), willful evasion of a police officer with reckless disregard for the safety of persons or property (Vehicle Code § 2800.2(a)) and unlawful possession of a firearm by a felon (Penal Code § 12021(a)(1)).  The jury found it true that the principal had been armed with a firearm in the commission of these crimes and found true that Marquez had been convicted of a prior serious or violent felony (Penal Code §§ 667(b)-(i), 1170.12(a)-(d)) and had served a prior prison term (Penal Code § 667.5(b)) and had been convicted of a prior serious felony (Penal Code § 667(a)(1)).
The trial court sentenced Marquez to a term of 70 years, 8 months to life in prison.  This sentence consisted of 18 years and eight months for the carjacking, the firearm enhancement, the prior conviction enhancements, evading a police officer and possession of a firearm, followed by an indeterminate term of 50 years to life for murder, plus one year for the firearm enhancement and one year for the prior prison term.
In March 2019, Marquez filed a petition for resentencing under Penal Code § 1170.95.  He alleged that he had been convicted pursuant to the felony murder rule or the natural and probable consequences doctrine and he otherwise satisfied the requirements for relief (he was not the actual killer, he did not act as an aider and abettor with the intent to kill and was not a major participant who acted with reckless indifference to human life). 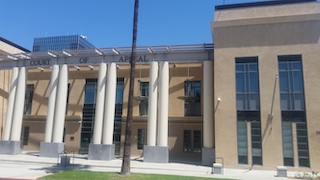 4th Appellate District Div 2 Riverside
In November 2019, the trial court denied his petition.  The trial court concluded that Senate Bill 1437 violated article II, section 10, subdivision (c) of the California Constitution by materially amending Proposition 7, which was passed by the electorate in 1978, and Proposition 115, which was passed by the electorate in 1990.
The District Attorney’s Office also argued that retroactive application of Senate Bill 1437 by means of the petitioning process of Penal Code § 1170.95 violates the Victims’ Bill of Rights Act of 2008 (Marsy’s Law) and violates the separate of powers doctrine.
The court did not consider the petition on the merits.
Marquez appealed this ruling to the Fourth Appellate District, which reversed the trial court and remanded with instructions that the trial court consider the petition on the merits.  The opinion was ordered unpublished (so a reader of this article cannot cite to this opinion) because the issues of whether SB 1437 conflicts with Marsy’s Law and whether SB 1437 violates the separation of powers doctrine have not been addressed in a published opinion yet, however, the Fourth Appellate District in the Marquez opinion ruled that SB 1437 violated neither.
In addressing the Marsy’s Law argument, which was that SB 1437 violates victims’ right to prompt and final conclusion of criminal cases “by reopening the convictions which Marsy’s Law sought to make final, the Fourth Appellate District cited to a long list of cases that had already ruled that 1437 does not violate Marsy’s Law in this way.  See, i.e. People v. Lombardo (2020) 54 Cal.App.5th 533, 562-565.
Moreover, while acknowledging that Marsy’s Law must be interpreted broadly, the Fourth Appellate District declined to read it so broadly as to restrict or eliminate altogether to eliminate or restrict the Legislature’s ability to create new post-judgment proceedings.  In fact, nothing in Marsy’s Law prohibits the Legislature from creating any new post-judgment proceedings, such as Penal Code § 1170.95, simply because voters granted crime victims a right to a “prompt and final conclusion of criminal cases.”
The citation for the Fourth Appellate District Court ruling discussed above is People v. Mario Marquez (4th App. Dist., 2020) 56 Cal. App. 5th 40, 270 Cal. Rptr. 3d 93.
For more information about 1437 issues, please click on the following articles:
Contact us.
Serving Torrance, Long Beach, Compton, Airport Courthouses and Other Courthouses.