Do Arbuckle Rights Apply to a Juvenile Restitution Hearing?

The Reader’s Digest Version: The right to be sentenced by the same judge who takes one’s plea is known as one’s Arbuckle right.  It can be an important right if one enters a plea in the open, wherein the judge decides the sentence and it is not agreed up or negotiated with the prosecutor, but up to the judge’s discretion.  Arbuckle rights do not apply to a juvenile restitution hearing. The juvenile does not have the right to have the judge who took the juvenile’s plea decide the restitution owed.

The reader of this article may be facing a restitution hearing in juvenile court, or have a son or daughter facing this.  The reader, however, may, wonder what are Arbuckle rights?

People v. Arbuckle (1978) 22 Cal. 3d 749 is a case wherein defendant entered his plea before one judge, Judge London.  Sentencing was delayed by a motion and writ petition related to sentencing.  Arbuckle, supra, at 752-53.  While the writ was pending, Judge London transferred to another department.  After the writ was denied, Judge Raymond Roberts was assigned the case, conducted the sentencing hearing and imposed a prison sentence.

The Supreme Court’s analysis of this issue was short.  It stated, “[w]e agree that the plea bargain herein was entered in expectation of and in reliance upon a sentence being imposed by the same judge.  Our conclusion is supported by the judge’s repeated use of the pronoun [“I”] when referring to sentencing in the proceeding in which the plea bargain was accepted. “Id., at 756.

Indeed, Judge London specifically stated, “I have agreed, as has your attorney…, that before I could send you to state prison, I would have to get that 90-day diagnostic study and I would follow that recommendation.” 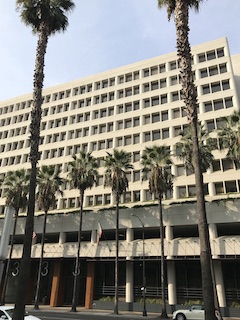 Court of Appeal Sixth Appellate District San Jose
The California Supreme Court stated, “[a]s a general principle, moreover, whenever a judge accepts a plea bargain and retains sentencing discretion under the agreement, an implied term of the bargain is that sentence will be imposed by that judge.”  Indeed, because of the wide sentencing options available to a judge, the propensity in sentencing demonstrated by a particular judge is an inherently significant factor in defendant’s decision to enter a guilty plea. Id., at 756-57.

In the Santa Clara juvenile case involving Christian S., the issue was whether the minor, age 13 when he committed a lewd or lascivious act on another child under the age of 14 (Penal Code § 288 (a)); had the right to a restitution hearing by the same judge who accepted his plea, Judge Margaret Johnson.  The issue is similar to that in Arbuckle, but related to a restitution hearing instead.

Christian S. admitted the petition and the case was continued for a restitution hearing.  The parties then appeared several times thereafter for “restitution setting” hearings, but the parties could not stipulate to a restitution amount.

Thus, the case was set for a contested restitution hearing, which was six months after the disposition hearing when Christian S. entered his plea.

On the day of the restitution hearing, Judge Johnson was away at judge’s training.  Christina S’ attorney made a motion to continue the hearing so that Judge Johnson could be the judge for setting restitution.

After all, Judge Johnson had heard all the arguments of counsel about restitution and she also was familiar with the underlying fact of the case.

The visiting judge denied the motion, conducted the hearing and ordered the minor to pay $12,501.39 in victim restitution.

Christian S. appealed the restitution order, arguing that the judge violated his rights under People v. Arbuckle.  The appeal was filed in the Sixth Appellate District court.

The Sixth Appellate District, in In re Christian S. (2017 DJDAR 2212), held that Arbuckle rights do not apply to restitution hearing in juvenile court and that even if such rights do apply, any error was harmless because the minor received a fair hearing on the restitution issue and he did not meet his evidentiary burden of showing that the amounts ordered were excessive.

The appellate court’s further stated, in an unpublished part of its opinion (this portion of the opinion cannot be cited to a judge), that the judge did not abuse its discretion in ordering restitution for the male victim’s bedroom furniture, clothing, and for costs associated with a therapy dog.