Our client, age 57, was coming home from work after having a few beers with his co-workers. It was about 10:00 p.m. and a weeknight. He had a job at a disabled adults care center and the job required him to drive a van with such clients to various locations daily. Our client had no prior criminal history at all.

As he was driving down Whittier Boulevard, a CHP officer in the area allegedly observed our client swerving within his lane and lane straddling. In response, the officer made a traffic stop of our client and, allegedly, noticed the odor of alcohol when he spoke to our client in the process of requesting to see his license, registration and proof of insurance.

Once the officer noticed the odor of alcohol, he asked if our client had been drinking. Our client replied that he had consumed three beers over the last two hours. The officer then asked our client to get out of the car so that he could test his sobriety.

Our client had a friend who once told him that if he was ever arrested for DUI, to refuse to perform the field sobriety tests (FST’s) such as walking on a straight line (the walk-the-line test), touching one’s index finger to one’s nose (finger-to-nose-test), or standing on one foot, or estimating 30 seconds for the officer. This is generally very good advice. The friend also advised our client to refuse to submit to a breath test at the side of the road and always request a blood test. 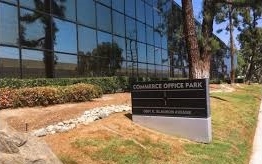 However, in this case, the police allowed our client to submit to a blood test. Making matters worse, the officers somehow waited three hours and forty-five minutes after pulling over our client to actually have the blood drawn.

Our client was released in the morning and called a few attorneys that day. He did not like any of the attorneys who he spoke with and waited a few days before calling any more attorneys.

He then spoke with Greg Hill and retained Greg Hill & Associates. He met with Greg the same day at Greg’s Torrance office. The client explained how critical it was for him to keep his driver’s license for his job.

Greg’s office reserved a DMV hearing first and foremost, so the client could keep driving until the DMV ruling.

Greg’s office then sent out letters to the Whittier Police Department, the Bellflower District Attorney’s office and the DMV requesting copies of the CHP report and the blood test results.

When the documents arrived, Greg could hardly contain his happiness. The CHP report literally stated that client reported being on heart medication and that the blood was not drawn for three hours and forty-five minutes after the traffic stop. The report also failed to quantify the amount of swerving within a traffic lane (to be enough for a Vehicle Code violation, the weaving must be “pronounced.” People v. Perez, 221 Cal.Rptr.776, 778. In this case, it was not even quantified or described. The report also did not state if the lane straddling affected the safety of any other vehicle, which is required to make it a Vehicle Code violation sufficient for an unsafe lane change so that the officer can stop the driver. People v. Carmona (2011) 195 Cal.App.4th 1385.

Most importantly, the DMV documents did not state that the DMV subpoenaed a blood expert to testify as to the Client’s BAC when he drove, using an unreliable, scientifically-scorned method called reverse extrapolation. This mistake by the DMV held the most promise for the client at the hearing.

Greg Hill & Associates accordingly prepared a written DMV Brief with Evidentiary Objections to the evidence and delivered it in person a few days prior to the hearing.

At the hearing when the DMV Hearing Officer attempted to introduce the CHP report into evidence, Greg objected on relevancy grounds due to the blood being drawn more than three hours after the client last drove. The DMV Hearing Officer, in response, asked for a continuance of the hearing to bring in the blood analyst to testify and Greg objected to this because the DMV did not subpoena him or her earlier for the hearing.

Surprisingly, the DMV sustained the objection.

With no blood results (our client’s BAC was 0.105%), Greg then made a motion for a set aside, which the DMV granted.

The client was extremely happy that Greg noticed such issues in the evidence and knew how to handle them to protect the client’s license and thus, his job.

For more information about DMV Hearings, please click on the following articles: