Little Known Facts About Your Rights in DUI and the DMV

Over the years, our office has run across a myriad of seldom used provisions that can have a big impact upon the rights of our clients in a DUI for alcohol or drugs and their rights with the DMV in being able to drive again, either sooner or immediately.

Brief Synopsis: There are a lot of facts and provisions that can find extremely helpful in a DUI or DMV Hearing.  This articles attempts to share several of these that we have learned over time with experience. 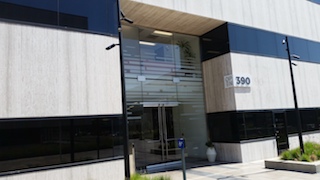 El Segundo DMV
None of these rights or provisions merit an entire article unto themselves.  Instead, we present them in bullet point format to hopefully help the reader, should these facts or circumstances apply.
The DMV in California must present the record of the conviction, not just the police report or a citation – and certainly not just the DMV history.  Under People v. Guerrero (1988) 44 Cal.3d 343, 352, when the DMV is attempting to determine the nature of a prior conviction, it may look at the entire record of conviction, but when the record does not disclose any of the facts of the offense actually committed, the DMV must presume the prior conviction was for the least offense punishable under the out-of-California law.

For more information about the issues in this article about DUI and the DMV, please click on the following articles:
Contact us.
Serving Torrance, Long Beach, Compton, Airport Courthouses and Other Courthouses.