Our client, age 50, worked in the security field and so his access to firearms was very important.

He and his girlfriend, who had a six-year old son of her own from another relationship, were expecting a child of their own in a few months and got into an argument.  The argument ended with the couple going to bed.

The Gist of This Summary:  No case filed at the Airport Courthouse after our client was arrested for felony domestic violence in Culver City after police arrive at their home in the early morning hours and our client’s girlfriend tells police that our client tried to suffocate her with a pillow and threw the TV remote control at her head.

The client had no criminal history, although he and his girlfriend had argued loudly several times in the past, causing police to come to their home.

At about 3:00 a.m., the client awoke to the noise of his girlfriend’s son breathing in a very labored manner.  The client therefore nudged his girlfriend to listen to the breathing.  It was tough to wake up his girlfriend, but when he did, she was very angry at being awoken in the middle of the night.

While trying to wake her up, our client had nudged her with a pillow and in the course of further attempting this, he may have tossed the TV remote control onto the bed, which then bounced up and hit her in the forehead.  The commotion led to yelling and enough noise that the client left the house, only to return after a short while and discover he had locked himself out of his own house.

He tapped on the window to have his girlfriend let him in, but she refused to unlock the door.  The neighbors heard the client outside and called the police.

In the meantime, our client tried to open a window and broke it, causing his hand to bleed.  It was at this time that the police arrived to see our client with a bloody hand and quite a mess inside the home from when he and his girlfriend had fought over the son’s breathing noises.

The girlfriend was asked if our client had hit her and she said that he had thrown the television remote control at her, striking her in the forehead.  She thought this was so because it had bumped into her head during the commotion.  It then fell to the hard floor, off the bed, and shattered into several pieces.  She also said that our client had used a pillow to try to suffocate her while she slept.

Our client was then arrested and taken to the Culver City Police Station.  Police asked him if he had any weapons and he replied in the affirmative, causing the police to seize all of his weapons. 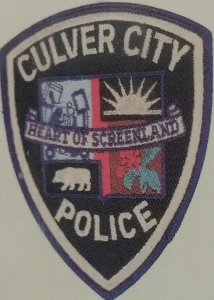 His girlfriend then bailed him out the following morning on posting a $50,000 bond, the amount for felony domestic violence.  The client then signed a promise to appear in the Airport Courthouse in about one month.

The client then called Greg Hill & Associates and spoke with Greg Hill about the facts, his need to keep his weapons to keep his job and the next steps.

At this point, the client’s girlfriend had calmed down enough to take multiple photographs of her face, showing no bruises at all anywhere on her forehead where she had earlier claimed being hit with the remote control thrown by our client.

Greg then had the client’s girlfriend sign a declaration clarifying that the pillow mentioned above was not used to suffocate her in any way as it believed that police believed this was so.  She also clarified that the TV remote control was not thrown forcefully at her and instead hit her head gently, as with the same force that keys may have on one’s foot if dropped.  She was not injured by the remote control and attached photographs of her face to demonstrate this.

Greg then Fed-Ex’d the declaration and photographs to the handling detective.

Until the day before the arraignment, the detective did not respond to the declaration or photographs submitted by Greg.  However, on that day on the eve of the first court appearance, Greg called the Airport Courthouse criminal clerk’s office to find out if a case was filed and was told the matter was a DA reject.

Greg immediately called the client to share the good news.  The client was overjoyed with the prosecution’s decision.  Greg then went to the courthouse the following day and received a letter about the decision not to file any case so our client could reclaim his firearms and change the arrest to a detention on his DOJ record, under Penal Code § 851.6.

For more information about domestic violence and issues, please click on the following articles:
Contact us.
Serving Torrance, Long Beach, Compton, Airport Courthouses and Other Courthouses.