The purpose of laws concerning trademarks, copyrights, patents and trade secrets is to protect the value of the intellectual property of the owner of the trademark copyright or trade secret.  The owners of the Nike swoosh, for example, aggressively sue anyone who attempts to sell products with a pseudo Nike swoosh or even an authentic swoosh, but affixed to items not authorized to bear the mark.

Condensed Version:  Conviction for sale of counterfeit items (Penal Code § 350(a)(2)) upheld even though customers knew the items were fake. 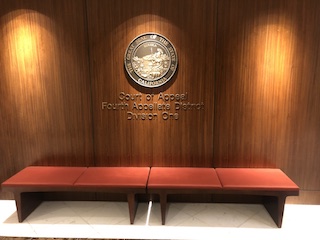 Court of Appeal Fourth Appellate District Division 1 San Diego
The private investigator asked about buying some of the items.  Ms. Sy arranged a visit for the individual to their San Diego store.  The investigator went to the store and brought eight items, including a Coach handbag for $10, another Coach bag for $15, a pair of Rock & Republic jeans for $25, a Louis Vuitton wallet for $35, a Coach wallet for $10 and two Hardy belts for $30.  They were bought from Jacqueline Sy.
The investigator then asked about watches showing brand names such as Chanel, TAG and Rolex.  Vo Sy told the investigator that the watches were all $150 to $200, although authentic ones cost over $5,000.  The investigator expressed appreciation of the low prices, to which Vo Sy commented his watches were better than those in Santee Alley, an area in Los Angeles where many counterfeit items are sold.

Vo Sy also lamented the fact that “it was hard to get stuff from China” and investigators had recently confiscated 35 cases of true Religion jeans.  Vo Sy, however, did not sell anything to the investigator.

Both Sys were convicted, but for Ms. Sy, the court reduced the charge to a misdemeanor.  Both were sentenced to three years of probation and ordered to pay $43,000 in victim restitution.

The Fourth Appellate District, in People v. Vo Sy and People v. Jacquenline Sy (2014 DJDAR 680) disagreed with the Sys.  The court acknowledged that the Sys' mental state was relevant to the intent to defraud, but Penal Code § 350(a) prohibits the intentional sale of items with counterfeit marks.  The intent of the seller or the knowledge of the purchaser was irrelevant toward criminal liability.  An innocent purchaser being tricked into buying a fake item is not required to commit the crime.

It merits mention that the Sys appealed the conviction on several other grounds, as well as contesting the restitution amount.  The appellate court spent a generous amount of the discussing each ground, but also disapproving of each.