Conviction by Red Light Camera Is Upheld on Appeal

Within the last two years (2012 to 2014), there have been two successful challenges to tickets issued based on “red light camera” photographs and videos for violation of California Vehicle Code § 21413 (failure to stop at a red light).

The Point of This Article:  People v. Khaled and People v. Borzakian seemed to be sending red light tickets to the grave, but in this case, People v. Goldsmith, a red light ticket was upheld.  Each of these three cases involve critical evidentiary issues.

The first case was People v. Khaled (2010) 186 Cal.App.4th Supp. 1, wherein the Appellate Division of the Orange County Superior Court held that photographs and video of an alleged red light violation were inadmissible because the prosecution could not establish the time or method of retrieval of the data, or that the photographs and video were reasonable representations of what they portrayed.  Khaled, at 5 – 6.  This is what lawyers call “foundation.”  The conviction of Khaled was then reversed.

Earlier this year (2012), in People v. Borzakian (2012) 202 Cal.App.4th 525, the Appellate Court held that the “red light ticket” issued to Ms. Borzakian was invalid because the prosecution failed to provide evidence of the mode of preparation of the camera maintenance logs or that the source of information and method and time of its preparation.  This is the long way of saying that photograph lacked proper foundation.  This meant that the photographs were improperly admitted into evidence, so the conviction was also reversed.

Now the pattern seems to have reversed.  On March 5, 2012, the Second Appellate District, with Justice Patti Kitching writing, addressed each of prior cases, criticizing each, in affirming the “red light ticket” of Carmen Goldsmith.  People v. Carmen Goldsmith (2012) 203 Cal.App.4th 1515.

Goldsmith challenged her conviction by arguing that the photographs and video were hearsay that was inadmissible under any exception to the hearsay rule.  The argument was distinguishable from the arguments successfully made in Borzakian and Khaled, which each addressed foundation, not hearsay.

The Second Appellate District responded to such arguments by noting the photographs and video were produced by a computer.  Consequently, they were not a statement because no person produced them.  No person could be cross-examined about the pictures or video to reveal biases, perception deficiencies or improper assumptions.  Thus, the photographs and video were not hearsay at all and were admissible.  It merits emphasis here that Goldsmith did not challenge the video and photographs on foundation grounds. 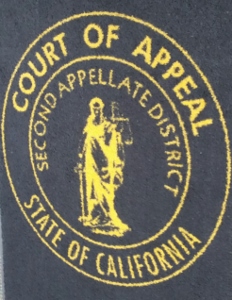 Second Appellate District Court of Los Angeles
On grounds that there was no hearsay, the Second Appellate Division affirmed the lower court’s ruling.  This appellate ruling, dated March 5, 2012, also gave the prosecution grounds to appeal the Borzakian ruling, as the time period to appeal may not yet have expired.

Update:  As of late 2018, most cities do not enforce red light camera tickets because of the accuracy issues for the cameras, but if one does receive such a ticket in the mail, it is wise to verify that the city which issued your ticket does not do so before ignoring it.  If the city does enforce such a ticket, we recommend you retain an experienced traffic ticket attorney to defend you.
For more information about traffic tickets, click on the following articles:
For case summaries of selected driving offenses our firm has handled, click here.