Compton, Unlawful Use of Tear Gas and Child Abuse, No Jail

Our client, age 46, worked at a liquor store in a very rough area of Compton.  It was common for “customers” to enter the store, attempt to shoplift a beer or bag of chips, be noticed by our client and then, drop the beer or chips and try to leave before the police arrive.  Usually, the shoplifter would be frustrated and would smash the beer on the floor to create a mess for the employee who caught the thief.  Other times, the frustrated thief would dump over a display and damage hundreds of dollars of product.

One day, our client was working and saw a lady enter the store with a baby in a stroller.  Our client was familiar with such a ruse to use the stroller as an obstacle to prevent the employee from observing the shoplifting.  Our client, however, watched this particular lady smuggle a few cans of beer into the stroller. 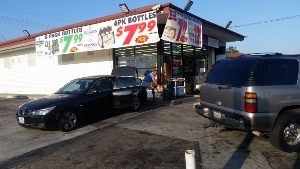 Our client called the police and then told the “shopper” to return the items.  The lady became belligerent and started to cuss at our client.  Our client and the lady argued for a few minutes, which our client appreciated as giving the police more time to arrive.

However, it then became clear to our client that the lady was about to push over a massive display of bottles.  Our client then grabbed her mace to stop the lady and get her out of the store.

The lady was reaching up to pull over the display as our client sprayed her with mace.  Unfortunately, the mace cloud reached the two-year old baby, who cried in response.  As luck would have it, the police then arrived.

Instead of arresting the shoplifter, the police arrested our client for unlawful use of tear gas (Penal Code § 22810(g)(1)) and child cruelty to a child by inflicting injury (Penal Code § 273a(b)).  Our client protested that she was merely trying to prevent vandalism, but the police had little sympathy when looking at a young child screaming loudly.

The client was held in jail for three days, as the incident happened over a holiday weekend.  Bail was set for felony level 22810(g)(1), which can also be charged as a misdemeanor.  Her boyfriend eventually bailed her out.

The client then called Greg Hill & Associates and spoke with Greg.  Greg explained how it was paramount that she download the store security video, which while not exonerating or an absolute defense, would likely show that our client never aimed the mace at the baby and that the “victim” was also reaching for a beverage display to vandalize the store.

It took several days, but the client did manage to download the video and deliver two copies to Greg Hill & Associates.  Greg then personally delivered one copy to the handling detective at the Compton Sheriff’s Station and one copy to the filing district attorney in the Compton Courthouse, both with a short cover letter explaining the contents of the video and suggesting no case should be filed.

On the day scheduled for the arraignment, Greg went to the Compton Courthouse, but no case was filed.  In speaking to the District Attorney’s office, Greg was told that the prosecutor was still looking into the case.

About two weeks later, the case indeed was filed, but as a misdemeanor and not a felony.  This relieved the client.

The client was charged with two counts, one of violating Penal Code § 22810(g)(1) (Illegal Use of Tear Gas) and one of violating Penal Code § 273a(b) (Child Cruelty by Inflicting Injury).  The initial offer for our client was a plea to both counts and 30 days of county jail, 52 anger management classes, 52 child abuser treatment classes and a $300 fine, plus penalties and assessments (total of about $1,400).

Greg then urged the handling prosecutor to watch the video again and understand that the 273a(b) charge was unsupported, as there was clear evidence that the mace was only sprayed at the shoplifter.

The district attorney then did watch the video and agreed.  She then agreed to dismiss the 273a(b) charge and reduce the plea bargain offered to a plea only to 22810(g)(1), with two years of summary probation, 12 anger management classes and a $150 fine, plus penalties and assessments.

With the client’s credit for three days of time in custody already, the fine was reduced to less than $200 and she only had to attend twelve anger management classes.  She was relieved to avoid a felony and jail as well.