It was late afternoon in the early summer and hot.  Our client was traveling northbound on Long Beach Boulevard with the sun to his left.  To his right, along the sidewalk were several prostitutes squinting into the sun and waiving at passing drivers.

The Gist of This Case:  Client in Compton agrees to pay police decoy $20 for sex, but by nodding his head he indicated “yes” and then pulls forward in his car as the traffic light turns green and as directed by the decoy.  He is pulled over before he can turn right to meet the decoy. Greg Hill & Associates writes Compton Sheriffs and Compton DA about shortcomings in evidence.  Case a DA reject.

Our client, age 33, was one of those drivers.  He was a truck driver working for a concrete delivery company.  He had several prior convictions, including at least one that resulted in him serving time in state prison, but none for solicitation of prostitution, Penal Code § 647(b).
As the ladies waived at him, he could not help but notice one who did not look as dirty or addicted to drugs.  He thought to himself, “I hope she’s not a cop,” as he waived back to her.
The traffic light in front of him turned red and he came to a stop.  The nicer looking police officer got eye contact with him and he rolled down the window.  She walked over to his passenger side window and told him “looked awful fine.”  He said she did, too.
She then asked him if he’d “pay her $20 for some head.”  He nodded, but did not say “yes” or anything in the affirmative that could be recorded.  She then told him to meet her around the corner and the light turned green. 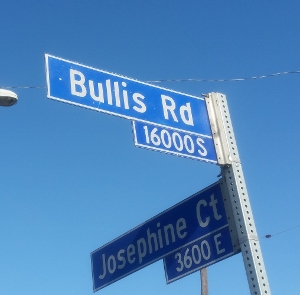 He moved his car forward, but before he could turn right at the next corner, Los Angeles County Sheriffs with flashing lights had pulled behind him.  They yanked him out of the car with great force, almost causing the client to fall to the pavement.
The officers then marched him over to a hotel room and told him that he was being arrested for solicitation of prostitution.  Perhaps knowing that he did not verbally agree to exchange money for sex, they badgered our client to write out and sign a confession in the hotel room.  Our client was not aware of this hole in their evidence, but nonetheless wisely refused to write out such a statement.
The police then told him to sign a promise to appear in the Compton Superior Court in about six weeks, which he did sign and was released from the hotel.
The client called Greg Hill & Associates after speaking to several other lawyers first.  He said Greg Hill was the only one who understood the reason why the police so earnestly wanted a signed confession.  The client said Greg was the only attorney who “got it” and did not immediately discuss the retainer fee.
The client did then retain Greg Hill & Associates.  Before going to court, however, for the arraignment, Greg wrote a letter to the Compton Sheriffs and the Compton District Attorney’s Office, explaining that the case should be a no file because our client never agreed to exchange money for sex and in fact, did not take a substantial step toward committing the crime, as he was merely pulling his car forward in response to the green traffic light facing him.  He did not turn right as suggested by the police decoy. 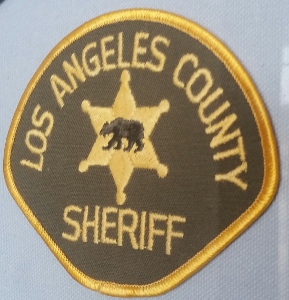 Greg then appeared at the arraignment on behalf of the client.  The client stayed at work.  The case was not filed and in fact, the DA’s office advised Greg that it was a “DA reject.”  Given the facts of the case, one can understand exactly why this decision was made.
Greg happily told the client that the case was indeed a “DA reject,” which is rare.  The client was relieved and grateful that Greg had written the Compton Sheriffs and the Compton District Attorney’s Office about the problems with the case before the arraignment.

For more information about prostitution and no file / DA reject issues, please click on the following articles:
Contact us.
Serving Torrance, Long Beach, Compton, Airport Courthouses and Other Courthouses.