Our client, age 28, was friends with his neighbor in Compton, who sold methamphetamine to many people in the area.  The police began observing the neighbor and soon realized that our client may, too, be selling drugs.  Police allegedly saw a high number of people coming and going to the neighbor’s house and our client’s house, pulling up and only staying for five or so minutes before leaving.
Police consequently secured a search warrant and served it on both the neighbor’s house and our client’s house.  Police found the neighbor indeed to be selling methamphetamine, evidenced by having 300 grams of methamphetamine separated into individualized packets, a working digital scale and over $1,000 in cash, mostly in small bills.

The Gist of This Summary:  Client with a lengthy criminal history arrested in Compton with 168 grams of cocaine and about a pound of marijuana, as well as several thousand dollars.  Case resolved in Compton Court for 30 days of Cal Trans and three years of formal probation.

In our client’s house, they found no evidence of drug sales.  In his backyard, however, in an apparently abandoned oven sitting in the backyard, they found 168 grams of cocaine and over a pound of marijuana, as well as several thousand dollars rolled up and kept together with a rubber band  To our client’s credit, he immediately told police it was all his and not the property of anyone else in his house.
Nonetheless, the Compton District Attorney charged our client with possession of a controlled substance (cocaine) with intent to sell, a violation of Health & Safety Code § 11351 (a felony) and possession of marijuana with intent to sell, a felony violation of Health & Safety Code § 11359 (not a misdemeanor because he had a prior marijuana-related possession with intent to sell conviction).  Our client posted bail and was released. 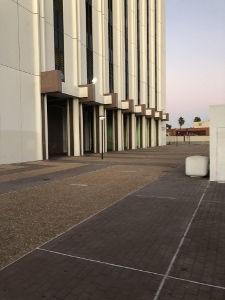 He then called Greg Hill & Associates.  Our client was not a newcomer to the criminal justice system.  He had a prior misdemeanor conviction for possession of marijuana weighing more than 28.5 grams (Health & Safety Code § 11357(b)), a misdemeanor conviction for vandalism (Penal Code § 594(b)(1)), a misdemeanor conviction for misdemeanor domestic violence (Penal Code § 243(e)(1)), a misdemeanor conviction for public intoxication (Penal Code § 647(f)) and a prior conviction for transportation of marijuana with intent to sell (Health & Safety Code § 11359).
Thus, the client was not too anxious about the pending charges.  When he spoke to Greg, he stated that he expected diversion or a small amount of community service, but no jail.  Greg was a little more concerned about the possibility of a year or more in county jail, as the prosecution might conclude our client just did not seem to appreciate the need to follow the law.
The arraignment arrived and a pre-plea report was ordered.  At the next court appearance in the Compton Courthouse, the pre-plea report was received and it recommended probation, but with the client serving 365 days in county jail.
Greg then negotiated with the District Attorney, who initially agreed to replace 60 days of Cal-Trans for the year in county jail.  Greg then explained how our client did work as a barber and was trying to work more as a barber and to open his own shop.  Greg refuted the prosecutor’s concern that our client was simply incorrigible, as the police report noted that he immediately told police that all of the cocaine and marijuana was his, even saying, “none of it is theirs,” referring to the others with whom he shared the home.
In response, the prosecutor lowered the offer to thirty days of Cal-Trans and three years of formal probation, which our client accepted.  He was relieved to avoid prison or even any jail time and felt comfortable doing Cal-Trans, as he had completed Cal-Trans in the past on two of his earlier convictions.
For more information about drug offenses, please click on the following articles:
Contact us.
Serving Torrance, Long Beach, Compton, Airport Courthouses and Other Courthouses.