Home
Other Information
Criminal Defense Articles
What Is Possession of Marijuana for Sales (H & S 11359)?

Possession of marijuana for purposes of sales can be a confusing felony to defend.  On one hand, California recognizes a medical recommendation for the use of marijuana and permits the possession of up to 8 ounces by an individual.  On the other hand, police officers will often arrest someone on suspicion of possessing marijuana for sales when the amount of marijuana found is only two ounces, or even less we have seen.  The prosecutor will then file the case against such an individual.  How can these two circumstances rightfully exist? 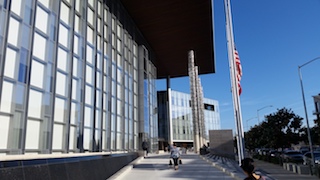 Possession, incidentally, is usually not the main area of controversy because marijuana.  The main area of debate is whether it was intended for sales.

Circumstantial evidence, after all, can be misleading.  Some users, for example, carry with them a small digital scale to weigh the marijuana they buy to ensure they are not being charged too much.  Some users will buy marijuana by purchasing five or six baggies of it and then intend to smoke it or otherwise process it bag by bag, all entirely for themselves.  Lastly, sometimes the client does have a lot of money in small denominations, but the client’s job involves accepting such forms of money.

The most common defense to a charge of sales is that the police search was illegal, i.e. the police did not get a warrant when they should have and could have, the consent to the search was coerced, the police exceeded the scope of the consent or there was no valid factual circumstances for an exception to the warrant requirement to apply.  Such a defense depends on the facts and will vary with each case.

The punishment for being convicted of possession of marijuana for sales begins with a low term of sixteen months in state prison (most likely to be served in county jail, but this does depend upon the overall facts and the criminal history of the client), leading up to three years.  Enhancements can apply to the sentence based on the weight of the marijuana seized and whether the sales were in furtherance of or for the benefit of a criminal street gang.

On a first-time offense, however, it is possible for a defendant to receive a probationary sentence, although there may be a short period of time in custody.  The plea bargain or sentence may also include a healthy amount of community service, usually in the form of Cal-Trans.