Our client, age 45, had no prior criminal history.  He and his wife had two children and our client wanted to take them to a family gathering, but his wife was sick.  The family gathering involved his “side” of the family, so he very much wanted to bring his kids, age two and six.

Going without them suggested to everyone else there that there was something amiss at home.
He told his wife that he wanted to go, his wife protested, saying he could not properly supervise the two very active young children.  As he was talking to his wife, who was holding his two-year-old son, his son began to cry and gesture that he wanted to be held instead by our client.  The two-year-old said “Daddy, Daddy” and reached toward our client.

Brief Synopsis:  Compton Courthouse case involving misdemeanor domestic violence when our client attempted to hold his two-year old son, being held by his wife, and misdemeanor vandalism involving a flimsy door in a mobile home.  Case was resolved for misdemeanor battery only, Penal Code § 242.

Our client then reached out to hold his son, but his wife stepped back, insisting that he agree not to take the kids with him to the party.  Complicating this stressful situation was the baby, crying for our client to hold him.
Our client then reached up to take the baby away from his wife, but she held onto him firmly.  Our client then struggled a bit and eventually gained hold of the baby.  He then went to get his keys in the bedroom, but his wife raced to the bedroom and slammed the door shut, locking it.
Our client thus pushed in the door, breaking it off the hinges, and got his keys.  He then left to the party with the kids.
The wife called the Compton Police, who immediately came to the mobile home park and took a report of vandalism and, noting certain scratches to the wife’s arms and a cut on the inside of her lip, felony domestic violence. 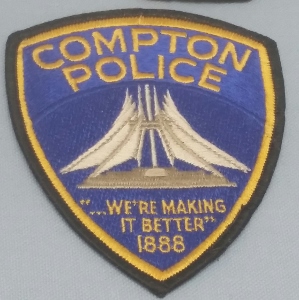 The wife called our client multiple times to return to the mobile home, but our client ignored her calls.
When he did return several hours later, the Compton Police Department arrested him on charges of felony domestic violence (Penal Code § 273.5), as well as misdemeanor vandalism (Penal Code § 594(b)(2)).  The client was shocked that this was happening, but the overwhelming emotion was anxiety that he was going to miss work by being in custody.
He consequently posted bail immediately so he would not miss work.  He was then released and reported to work the next day, but was very confused about how he could be arrested for domestic violence when he had no intention of hurting his wife and vandalism when the property damaged was his own.
He called Greg Hill & Associates and immediately met with Greg Hill, along with his wife.  Greg, too, was curious as to how domestic violence was involved if our client had no intent to injure his wife.  At the time, Greg did not know about the photographs of the cut to the inside of the lip to the client’s wife.  Greg explained further that the vandalism charge may be subject to a motion for civil compromise under Penal Code §§ 1377 and 1378 if the Compton District Attorney seemed intent on keeping such a charge at all (the cost of repair would be paid to our client’s wife and a declaration signed by her).
Greg then appeared in the Compton Superior Court with our client at the arraignment.  The case had been filed as a misdemeanor, but the client still needed to appear to be served with the criminal protective order that was mandatory in any case for domestic violence.  Our client’s wife was present at the arraignment, as Greg suggested, and the judge amended the protective order to allow peaceful contact (Level 1).  The client had already attended four approved batterer’s program classes at the time of the arraignment, which impressed the judge in granting a Level 1 protective order.
Greg also saw the color photograph of the inside of the lip of the client’s wife and understood why a domestic violence charge was filed at all.
Over the next few court appearances, Greg prepared a Defense Position Letter with a Mitigation Packet for the prosecution.  In response, the DA met with the client’s wife and she explained that the bloody lip she sustained was more a result of her and her husband tussling over the baby, rather than our client punching her or slapping her with the intent to injure her.
The DA eventually amended the complaint to allege just a simple battery (Penal Code § 242), but with three years of summary probation, an obligation to attend 52 batterers’ classes, to make a $500 donation to a domestic violence fund, $220 in court fines and a continuing Level 1 protective order during the period of probation.
We bring this case summary to the reader’s attention as a bit of a cautionary tale, as the tussle our client and his wife had really was not domestic violence, but our client’s anger in breaking their home’s door suggested he was angry enough to injure his wife.  Therefore, after much discussion with our client about going to trial and how a jury might perceive the circumstances, we chose to resolve this case via a plea bargain.
For more information about domestic violence, please click on the following articles:
Contact us.
Serving Torrance, Long Beach, Compton, Airport Courthouses and Other Courthouses.