At approximately 1:20 a.m. on a weekday morning (i.e. not a Saturday morning just after midnight or early Sunday morning following a Saturday night of entertainment), our client was pulled over for allegedly speeding on the I-91 Freeway westbound just before the 110 interchange. 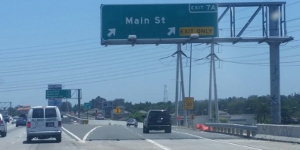 The CHP officer told our client that he pulled him over because he was going 86 miles per hour in a 65 mile per hour zone. Our client pulled off the I-91 at Main Street, just one exit east of the 110 interchange.

The Gist of This Summary: Our client’s license is reinstated (suspension set aside) after our office shows the DMV that the Datamaster DMT machine was calibrated 0.01% higher than the exemplar sample, meaning our client’s 0.08% BAC was in fact 0.07%.

Our client, age 31, had no prior convictions. In fact, he had never even received a parking ticket. He worked for a defense contractor and was coming home after a retirement party for a co-worker.

After pulling over our client, who was alone, the CHP officer asked him to submit to field sobriety tests (FST’s) that our client felt comfortable performing. He felt he passed the tests quite easily, so he was surprised when the police officer asked him to provide a breath sample in a preliminary alcohol screening (PAS) device.

The client provided such a breath sample and was amazed when the officer announced his blood alcohol content (BAC) was 0.08%. He thought there surely had to be a mistake. He had consumed a few beers, but it was over several hours and he felt fine.

However, the CHP officer then asked our client to put his hands behind his back and cuffed him. It was like a bad dream.

The CHP officer transported our client on a quick five-minute trip to the CHP office on Hamilton Avenue, just off the Torrance Boulevard exit from the 110 Freeway. After being booked, our client then submitted to a breath test on a Datamaster DMT machine there at the station. This time, his BAC was 0.08% again.

The client then called his wife, who came and picked him up several hours later.

The following morning, the client called Greg Hill & Associates and spoke with Greg Hill. Greg listened to the client explain what happened. Greg explained how the CHP’s dash cam (also called a mobile video and audio system, or MVARS) would be important to review to verify if the client indeed was speeding as alleged, as well as the calibration records for the Datamaster DMT at issue because if it was calibrated even a bit high, this would mean the true blood alcohol content for the client actually could be 0.07%.

Greg then demanded the calibration data for the Datamaster DMT by serial number from the CHP, as well as the MVARS tape.

The MVARS tape did seem to confirm the client was actually speeding, although perhaps a few miles per hour under what the officer claimed, but speeding nonetheless.

The calibration records, however, proved to indeed show that the machine was calibrated 0.01% high, meaning the blood alcohol content for our client was really 0.07%, not 0.08%. This was the lucky break our client needed.

At the DMV hearing, Greg presented the calibration records to the DMV hearing officer, who became quite flustered at this. She stared at the records for what seemed like an eternity and then left the office to speak with her supervisor. She then returned and announced that the client’s driver’s license suspension would be set aside and his full driving privileges reinstated.

The client was extremely happy with this result. This was much appreciated because he needed his car for daily activities, including work, and did not look forward to a one-month hard suspension before he was even eligible for a restricted license.

Post-script: As of January 1, 2019, under Senate Bill 1046, for any DUI arrest taking place in California after January 1, 2019, one may avoid the “hard” one-month license suspension by installing an ignition interlock device (IID) in one’s car prior to the DMV hearing.

For more information about DMV hearing issues, please click on the following articles: