Client Found to Have Drugs in His Blood, License Reinstated

It is a common error for the DMV to try to suspend a person’s license in a negligent operator hearing by simply alleging someone had opioids in their blood. The blood results may indeed document this, and there may have been an auto accident, but it is far too simplistic to explain the accident by saying one was under the influence, or impaired by such a drug.

In 50 Words or Less: Setting aside a license suspension is tough if a driver has a car accident and is found to have opiates in his blood, as well as alcohol. In the following case, however, we argued (because it was true!) that the car our client drove experienced a mechanical failure, causing it to veer suddenly to the right, causing the car accident. The DMV agreed and set aside the suspension.

These three issues were important factors in the following negligent operator hearing brought against our client by the DMV to suspend his license.

Our client had been drinking beer all day long in his apartment, watching television. He also had a chronic back condition, for which he was under medication that included opioid-based medication. He had taken his medication as he always did when he woke up. Several hours later, he began his drinking binge.

When his beer ran out, he decided he would drive down to the local liquor store and buy some more. He got in his 14-year-old Honda Accord and drove down the street toward the liquor store. Suddenly, he felt his car veer violently to the right without his turning the wheel. He grabbed onto the steering wheel tightly and tried to turn it to the left, as there were parked cars to his left.

In a split-second, he realized that a crash into the parked cars was inevitable, so he slammed on the brakes. It was too late, however, and he hit three parked cars.

The crash into the third car caused his airbag to inflate and his car to come to a stop. He knew he was drunk and this made him very nervous because he had a prior DUI seven years earlier.

When the police came, he was almost crying. He allegedly told the officer, “I fucked up. I was drunk. Let’s just get this over with.” The officer took him to the station, where our client opted for a blood test, thinking the time to set this up might allow his blood alcohol level to drop below 0.08%.

For unknown reasons to the Client, the lab did not check his blood for alcohol, but did check it for the presence of cannabis, opioids and other substances. The laboratory found his blood was positive for opioids and the DMV was notified.

The DMV in turn set a negligent operator hearing for our client.

The client called Greg Hill & Associates and explained his drinking binge and that he was under prescription for a medication for a substance to control his back pain. The medication included opioids. 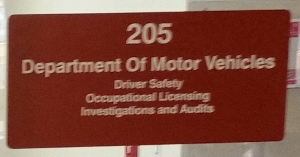 At the DMV hearing, for which Greg Hill & Associates prepared a long brief with evidentiary objections, Greg argued that the mere presence of opioids in one’s blood does not necessarily indicate that the client was impaired by such a substance.

Furthermore, the client testified that he had a valid prescription and that he took the prescribed dose earlier in the morning and nothing else that contained an opioid substance. He further testified that while driving, he did not feel impaired.

He continued, saying that as he drove toward the liquor store, his car seemed to experience a mechanical malfunction and he felt the steering wheel turn hard suddenly to the right, toward the parked cars. He grabbed the steering wheel with all his strength to prevent the car from running into the parked cars, but quickly realized he was unable and slammed on the brakes.

His braking, however, did not prevent the car from crashing into the parked cars.

The DMV considered this testimony, as well as Greg’s arguments outlined above, and set aside the suspension of the client’s driving privileges based on being a negligent operator. The client was extremely pleased.